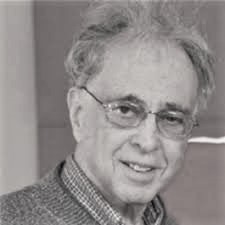 Burt Berlowe’s chair was empty as his colleagues gathered for the monthly meeting of the Peace and Social Justice Writer’s Group. Burt had passed away that afternoon, Oct. 28, from consequences stemming from his most recent fall.
As a candle was lit and libations were poured, those gathered took turns sharing how Burt had helped them. He was described as annoyingly indefatigable—always caring about broader issues and involving more people—despite dealing with his own personal challenges. He was instrumental in creating the group’s anthology “Turning Points: Discovering Meaning and Passion in Turbulent Times,” and authored “Compassionate Rebel Revolution: Ordinary People Changing the World.” He was committed to lifting up the work of “ordinary people” in making social change.
The writer’s group was but one of many peace and social justice groups that Burt showed up for over his eight decades. He won’t be able to show up in the future; that’s why we ordinary people have to.
There will be a Memorial Service for Burt on Saturday, Dec. 7, from 4 to 6 p.m. at the Loft Literary Center
OPEN BOOK (An International Peace Site), 1011 Washington Ave. S., Mpls. 55415.
Go to this site if you wish to make a memorial contribution:
https://www.givemn.org/story/Burt-Berlowe-Memorial-Fund