The double cross in Syria 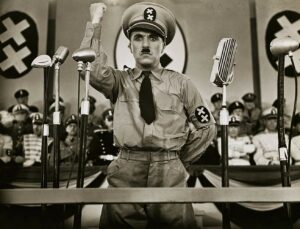 You have to wonder if there wasn’t another phone call that night. An earlier phone call from Putin, telling Trump if he withdrew American troops from Syria, Putin would personally keep the Russian Mafia bosses off Trump’s case for the casino bankruptcies. The Turkey dodge was just for show. He said he’d let the Turks set up a buffer zone to deposit some Syrian refugees they wanted to get rid of. But the real winner in all this is Syria, Iran and Russia. They get rid of the American presence and complete the occupation of all of Syria. Turkey will eventually withdraw once they feel they’ve wiped out the Kurds.
Of course, the big losers in all of this are the Kurds, but they’re communists, so it’s a win-win for everybody else. But that is to fatally underestimate the Kurdistan Worker’s Party’s ability to survive. Immediately, recognizing reality, the Kurds made a deal for survival with Syria. For them it’s a setback, but it’s probably not fatal. They’ll withdraw and they’ll eventually retake the cities they’ve lost, and they will continue their war of independence from Turkey.
It’s the perfect trick of the carnival barker, a sleight of hand: “Look, we’re going to finally get out of these endless wars in the Middle East, and we’re going to let our NATO allies, Turkey, resettle some refugees.” And while everyone is looking at Turkey, no one notices Syria, Iran and Russia moving in and wiping out the last Sunni Arab areas of resistance.
You have to wonder how much Trump got paid for selling out the Kurds.
And then, in an act of monumental hypocrisy, almost the next day, he sends in 1,800 troops to help Saudi Arabia in its genocidal war against Yemen. And then you begin to wonder how much the Saudis are paying him.