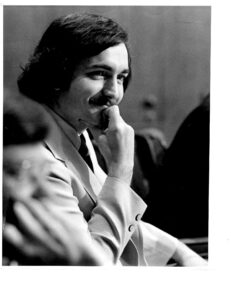 Prior to being elected to the City Council in 1973, I was an elected and active member of the Minneapolis Model City Planning and Policy Board, which was made up of citizen representatives elected by precincts within the Model City area (a broad area roughly between Cedar and Lyndale and I-94 to around 38th Street).
Housing was a big deal. The area consisted of some of the oldest housing in the city. There was a big demand for housing, and the leading edge of the baby boomers started flooding the area because it was close to downtown jobs and close to the university. The area had relatively low rents, although they were increasing in the face of the demand. The downside was that much of the housing was clearly substandard, with many houses dating back to the late 1800s and pre-WWI era.
As would be expected, much of the attention was on ideas to upgrade the housing stock with loan and grant programs aimed at housing rehab; political support for ideas like rent control and tenants’ rights; and ending redlining. Also explored were new housing utilizing defensible space for security, as well as innovative ownership structures. Less flashy was an examination of just how the area slipped into decline.
People tend to like to find villains, and two were identified: absentee landlords and two-and-a-half story walkups.
While a significant majority of the entire area had already been converted to rental property, there were still sections of the neighborhoods I represented with a core of owner-occupied single-family homes and owner-occupied duplexes. These residents were concerned about their neighborhood and its short- and long-term prospects. These people tended to fall into two groups: long-term survivors and young urban pioneers—demographically, the old and the young.
The young within the model city effort looked to the old to explain what had happened and why. They heard tales of one and then another owner-occupied home on their block selling to investors as urban flight and the suburban life lured people away, not to be replaced by homeowners. Tales of tall grass and peeling paint diminishing the overall look of the neighborhood. And a cycle began, as one after another escaped before their property values declined further, except for those who could not or would not.
They told stories of developers acquiring two or three adjacent properties and then informing the adjoining neighbors that they would be building an apartment building and to either sell now or suffer the increase in traffic and unknown new neighbors. The process was called blockbusting and it occurred throughout the area.
At that time, the entire residential area of my ward was zoned R-6 under the then-in-effect zoning. That was the highest possible density level and was the same as was required for the Cedar Square West complex, also in my ward.
In essence, it was as if there were no zoning restrictions at all. The result was that many, many blocks of previously single-family or duplex housing were host to at least one apartment building. This added to street congestion, mobility rates and coincidental crime issues—and a transformation of the neighborhood from being family-oriented to one less so.
Within my ward, the area with the largest residual base of homeownership was in the Whittier neighborhood. Together with activists from the community, we began what was called a 40-acre study. This was required because courts have ruled that a city cannot reduce the zoning on a property “capriciously.” Changing the zoning on a block of single-family homes from Cedar Square West densities to that of single-family homes, according to the courts, constituted an illegal taking of property rights from the property owners without compensation. The typical city block is approximately 3.5 acres, meaning that an area of 12-14 blocks would satisfy the courts. The actual study area was much larger.
The study started with a property-by-property identification of the actual use for every parcel in the study area. This was done by city staff and then presented at neighborhood meetings, along with recommended new zoning classifications. These recommendations generally reduced the zoning level to that of the existing uses. Several well-attended neighborhood meetings ensured that the stakeholders in the community were informed and demonstrated support for the change.
The resulting zoning changes made homeownership a less risky endeavor in the “inner city” and may have indirectly assisted in improving the availability of mortgages in the area. Equally important, the process allowed citizens an active role in claiming and defending their neighborhoods.
In hindsight, if I were to go back and make a change to the results, it would have been to allow more density along arterial streets, while protecting the interior blocks. This happens to be my idea for the current situation in Minneapolis as well. Blanket higher zoning leads to disruptions and potentially disinvestment by owner-occupants. This, in turn, leads to eventual decline in the quality of the housing stock. That was the lesson we learned back in the Model City days, and it remains true today.