How does the Minneapolis Park & Recreation Board get what they want? One way is to twist and change input from their Community Advisory Committee (CAC) members to suit their agenda. And, according to Commissioner AK Hassan, referencing the 2020 budget, it is also through “a series of backroom deals and amendments that were put forward by some commissioners after TV cameras were off.”
As a member of the Hiawatha Golf Course CAC, I was told by a member of a previous Park Board CAC that the Park Board would solicit input from the CAC members and then ignore it and do what they wanted to do. I was skeptical. I am no longer skeptical. I have found out through personal experience how the Park Board Planning Department manipulates and changes the CAC members’ input to suit their purpose.
On Dec. 13, 2019, the Park Board publicly published a list of Hiawatha Golf Course CAC Design Priorities. How well did it reflect the input from the CAC members?
The worst omission was the CAC’s No. 1 item: protect the nearby homes from flooding with an engineering analysis. Everyone on the CAC agreed that this was to be the most important design item, but it was not on the list.
I had three items that I requested to be on the list. In the original published list to CAC members, one was omitted and two were modified by the Planning Department to change the meaning. After a back and forth with the project manager, he agreed to add the item that was omitted and return the other two items to their original language. In the recently published list, the one item was, again, omitted from the list. And, the Park Board added their language back to the other two items. These three items are:
Item 1: I wanted the Park Board to answer the question, “Why does the Park Board want to reduce pumping?” Twice they have omitted this question from the list. Is it because they don’t want to answer this question?
Item 2: I asked for a plan for the 37 memorials that currently exist on Hiawatha Golf Course for people. The Planning Department changed this to a plan for “people of significance,” which would likely exclude most of the people currently memorialized. The project manager agreed to remove “people of significance” from this item, but then it was back again.
Item 3: I asked for a “New Parking and Traffic Analysis” for the neighborhood. The Planning Department changed it to “Update the current parking and traffic analysis.” There is a subtle, but important, difference between “new” and “update.” I asked for a “new” plan because I found basic flaws in the original planning and analysis, so a new plan needs to be done to correct these flaws. Also, the effect of the new Bergan’s development needs to be investigated and included.
In reference to AK Hassan’s statement, he recently voted against the 2020 budget because, as he wrote, he felt that some commissioners “stole nearly $100,000 in funding for some of the most underserved youth in the Somali community” in a “final formal vote at a backroom in the City Hall.” He went on to say, “I’m particularly disappointed in Commissioner Jono Cowgill and Commissioner Steffanie Musich for having one position when the cameras were on and another behind closed doors. This is not the type of representation that our community deserves and our Somali youth deserve to know when [people in] our community are being used as bargaining chips in dark rooms.”
Community input should be exactly what the community members stated, not a modification to suit the Park Board’s agenda. The Park Board doesn’t have to like the community input, but they should be honest enough with the public to accurately publish the real feedback. Plus, we need public servants whose private agenda matches their publicly portrayed agenda. 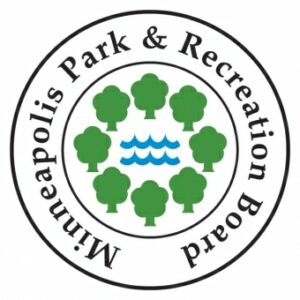