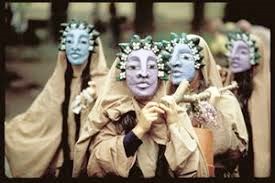 “Hey, all of Minneapolis, Mayday is happening,” says Jason Heisler. He organized a fundraiser at Palmer’s Bar: “Feb 2. Noon – 9 p.m., The Super Puppet Bowl. Several bands, a Palmer’s puppet show, raffle, silent auction, contraptions, street performers, T-shirts, and special guests.”
David Senn wrote on the Mayday2020 blog: “As a musician I have a good working relationship with Brock at Mortimer’s and have secured the evening of Sunday, March 8, for a Mayday 2020 benefit there:
Mortimer’s Bar and Restaurant, 2001 Lyndale Ave, 9 p.m.:
Beau Koo Jacks
Tufawon
The Boot R&B
The Blood Shot
And the Uptown VFW, 2916 Lyndale Ave., 8 p.m. on March 29:
Mojo Roots feat. King Ras John
Brass Messengers
Pretendians
Howlin’ Andy Hound
Envisioning bands, clowns, MCs, DJs, maybe raffle or silent auction and tributes to Dahnn.”
Jason Heisler has formed a nonprofit corporation, Mayday2020. They need to raise about $40,000 for porta-potties and permits.
The initial meeting had 72 Mayday veterans show up to get organized.
There will be the parade starting at 11 a.m. Sunday, May 3, and the Mayday Flotilla will be bringing the Tree of Life, the Maypole, to the western shore of Lake Powderhorn. There will be music in the park, porta-potties and probably food trucks and political groups trying to recruit.
If you want to participate or contribute, go to their Facebook page: 2020 MayDay Parade and Festival. 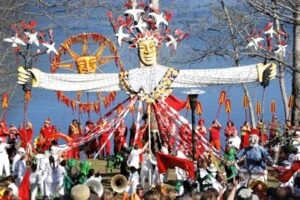 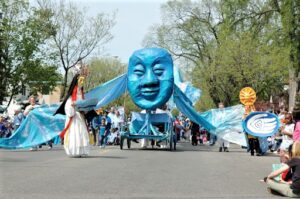