Crime in the ‘hood?

Cierra Hoffman reported on Nextdoor that while she was in the Speedway at 44th and Lake, “I was standing at the register checking out when the gas station clerk ran outside abruptly and confronted a young woman (in her 20s) with a large black & white patterned cloth bag stuffed with items that were not paid for. Another man waiting outside tackled the clerk to the ground and then took off with the woman. The clerk was thankfully okay but looked a little shook up, he told us they had a getaway car parked a block or so away toward the Dairy Queen.”
The Star Tribune, 8/1/2020: “Reports of gunfire-like noises from both 911 calls and ShotSpotter activations increased 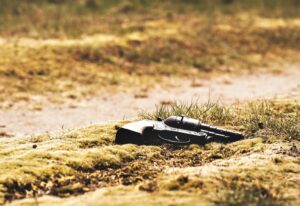 exponentially around chaos following George Floyd’s death and remain significantly higher than compared to prior weeks.”
What’s happening? Why the dramatic increase in gunfire? The desperate acts? The increased drug dealing reported around encampments? The overdoses?
Why are there more drugs on the street now?
Where are these drugs coming from?
Most of the world’s heroin comes from Afghanistan. It’s a $5-billion-a-year game and the U.S. military protects the poppies in the fields. They guard the transport from Kandahar Province to Pakistan where the opium is transformed into heroin, and they protect it on the long drive the length of Afghanistan from Pakistan to the Russian Mob waiting on the border in Turkmenistan, and the Russian Mob brings it to Europe and the U S.
The Russian Mob owns Donald Trump’s soul ever since he started bankrupting casinos in 1991. He laundered their drug money. They dumped cash on him. They bled the profits. He went bankrupt. They liquidated the assets. The money went in dirty and came out clean.
Michael Flynn was Trump’s first appointment. He was his national security advisor. He had been the general in charge of military intelligence in Afghanistan. He knew the opium trade—how much money was in it and how to cut out a piece of it. I’m sure he was the one who told Trump to drop the Mother Of All Bombs in Hamid Karzai’s backyard to let him know that Donald Trump wanted a piece of the action. Flynn, through his private contacts in Kabul, is probably still advising Trump on the size and street value of this year’s opium crop.
And the Russian Mob and Vladimir Putin will take care of Trump after he loses the election. They’ll probably set him up with a nice dacha on the Black Sea. It won’t be Mar a Lago, but it’s not prison.
So, who dumped all this heroin on the streets? Offering half a brick on credit? Fueling turf wars?
Who benefits?
The Russian Mob gets to push a lot of product.
And Donald Trump gets to point to chaos in the inner city, and threaten to send in federal troops to restore law and order.
Lao Tzu said 2600 years ago, “The louder the call for law and order, the more the thieves and con men multiply.”
And crack is back.
Crack cocaine has made a big comeback on the street. Where does that stuff come from? Mostly from Colombia, and the CIA has been involved in that trade route ever since Ollie North set it up in the Iran Contra deal. He was selling Colombian cocaine to the Mafia at a secret CIA air base in Florida and using the cash to buy guns from Iran to bring back to the Contras, to trade for more cocaine to sell in Florida, etc.
The CIA knows the principal contacts for cocaine and crack cocaine distribution in the U.S. They could turn it on or off. They’ve definitely turned it on for now.
What can we do about this?
We can start by legalizing all drugs. Marijuana should be sold openly everywhere, and cocaine and heroin should be administered by medical professionals. Legalization eliminates illegal drug trafficking immediately.
We need methadone treatment centers in the neighborhood. We need drug dependency counselors out on the street.
And, most important, we need to offer young ambitious entrepreneurs a better line of work than dealing crack or smack. Anyone caught dealing should be sent to college for four years or a trade school for two. That ambition, creativity and determination needs to be channeled into socially useful behavior.
We need to work with the brothers and sisters caught up in addiction to heroin and cocaine, but we also need to appreciate where this is coming from. It’s coming from the Russian Mob and the CIA and it has the Trump brand stamped all over it.