Lyndale Avenue South in the 2020 Weirds 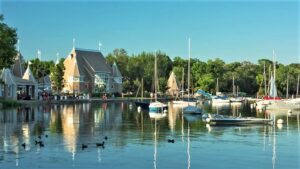 Lyndale Avenue South seems to be doing pretty well, all things considered. Lyndale is a long avenue, stretching from Brooklyn Center to Bloomington (the city, not the avenue). We are focusing on the segment from Franklin Avenue southward to about 60th Street.
I found myself being curious about the origin of the name of this long road. Wikipedia has the answers! It also explains the name of Lyndale Farmstead Park.
The street was historically a rural route from Minneapolis to Faribault, though most of that route has since been replaced by Interstate 35 and I-35W … From 1926 to 1934, U.S. Highway 65 traveled concurrently along Lyndale from the Minnesota–Iowa state line to Minneapolis and St.Paul via Northfield, where the road split to its various directions, later rejoining north of the downtowns and continuing north towards Littlefork … This route also ran through the south metro cities of Lakeville, Burnsville, Bloomington, Richfield and along the east shoreline of Wood Lake before continuing into Minneapolis. The modern … Lyndale Avenue is designated as County Road 22 (in 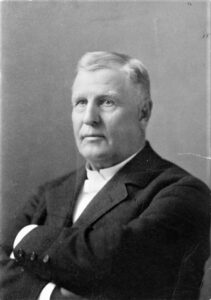 Minneapolis) and Minnesota State Highway 21 (in Faribault) … Lyndale Avenue takes its name from Lyndale Farm, a 1,400-acre farm owned by William S. King (https://en.wikipedia.org/wiki/William_S._King). The name of the farm was in honor of Mr. King’s father, Rev. Lyndon King, an itinerant Methodist minister of northern New York, who was in turn named for Josiah Lyndon, a colonial governor of Rhode Island.
Lyndale Avenue is a major thoroughfare, forming the vertical boundary between five pairs of neighborhoods in Calhoun-Isles and Southwest Minneapolis: Lowry Hill East & Whittier, CARAG (Calhoun Area Residents’ Action Group) & Lyndale, East Harriet & Kingfield, Lynnhurst & Tangletown, and Kenny & Windom. Despite this fact, the avenue, especially through Southwest, is predominantly residential, with a scattering of small businesses and organizational offices.
Let’s talk groceries and other necessities. There are quite a few options to choose from along Lyndale Avenue, and most have weathered both COVID-19 and civil unrest with comparatively little interruption. Just south of Franklin on the east side is the venerable co-op known as the Wedge. The name comes from the unofficial nickname of the neighborhood—Lowry Hill East—in which it is located. The Wedge is now a co-op partnership, having joined up with the Linden Hills Co-op some years ago, and it also includes a cafe-cum-convenience store called The Wedge Table (which is not located in the Wedge neighborhood but in Whittier).
Way down in the mid-50s streets is the other large grocer on Lyndale—Kowalski’s. I really like Kowalkski’s because they carry two hard-to-find items I sometimes crave. Both are European, both are good breakfast treats, and both are, broadly defined, a type of bread. The first, British, is crumpets. These are best toasted and drenched in butter, and despite their reputation, go just fine with coffee. The second doesn’t need anything on it or prep, and also makes a nice light snack. This is a Spanish specialty called Ines Rosales tortas. They are thin, shatteringly crisp, flaky, and mildly sweet, made with flour, water and olive oil, then very 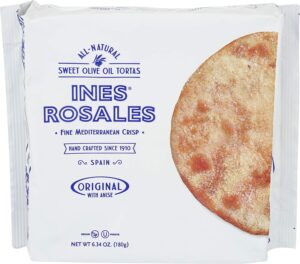 lightly dusted with sugar and a flavoring. Call me shallow, but little treats like this help get me through times like these.
In between these two ends of the avenue, some of the new “shiny boxes”—medium-rise apartments—have grocery, deli or convenience store “anchors” in their ground floors. Lyndale Avenue is not packed with these developments, but it has a few. One that’s fairly new is a medium-sized Aldi in the apartments across from CC Club. Long-standing specialty markets, or newer ones, offer another way to go. Bill’s Imported Foods on Lake Street, often chosen in “best-of” lists, is close by. Then, of course, there is the ur-convenience store once called The Loon Grocery, which they now just go ahead and call The Loon Smoke Shop and Deli. You can get food-like substances and a few other necessities there. The deli’s limited menu focuses on gyros and falafel. They supposedly have the best gyros in town, but I don’t indulge, and I haven’t tried their falafel.
Turning to dining options, Lyndale is a good site for gourmet browsing. I still love the French Meadow, even after all these years. Organic artisanal bread, organic fair trade coffee, baked goodies you won’t find anywhere else, a confident way with fish and chicken, inspired salads, and the best vegetarian Reuben in town all serve to endear them to me. You can dine in with reservations, but the patio is also popular.
A bit north of there is another place I reviewed earlier and liked, and I’m glad to see it surviving. This is Vegan East—in the old Ecopolitan space. It’s mainly a vegan bakery, but also has breakfast and lunch meals to go. Vegan meals aren’t hard to find in the Lyndale vicinity. Trio Plant-based, on Lake just west of Lyndale, is so called because a trio of young entrepreneurs founded it, and it is also a black-owned business. I am trying to get to eat there sometime. You can also order their food through DoorDash, and I may have to do that.
Another place I’ve been trying to get to for a while is Galactic Pizza. Their free delivery area extends from Uptown and the lakes east to Chicago Avenue and from downtown to 50th Street. They also have delivery in an even wider area from DoorDash or Postmates, or you can order and pick up or dine on their patio. They have quite a few vegan options on their pizzas, at least two vegan appetizers and two vegan salads, and also pasta, wings, gluten-free options for pizza, and even a vegan cheesecake.
The Lynnhall is another fairly new option on Lyndale a bit north of Lake Street. It is open for delivery, takeout or dining in with reservations. Visit www.thelynhall.com/cafe to view menus, pre-order or make reservations. They are closed Mondays.
One of the “shiny boxes” has a couple of restaurants for its anchors. World Street Kitchen and its next-door neighbor, Milkjam Creamery, offer another possibility. WSK is only offering takeout (including curbside pickup if desired) and delivery. They do have tons of choices, from rice bowls to burritos, tacos to lettuce wraps, Turkish hummus to Moroccan fried chicken on a biscuit. And you can order your Milkjam Creamery items off the same menu for simplicity.
Since you occasionally have other needs in addition to food, we’ll take a look at some retail goods and services available in the Lyndale area. People are emerging from “lockdown” now in desperate need of various things and one of those is haircuts.Lyn-Lake Barbershop, just south of the Lyndale and Lake intersection, is a classic neighborhood barbershop in business since 1961. They do all kinds of cuts, including fades, flat tops, buzz cuts, and tapers, as well as hair coloring and even waxing. Owner Jayson Dallmann’s shop serves men, women and kids at very affordable prices. Call for an appointment or book online on their Facebook page. And while you’re at it, why not pamper your pet, as well, at Royal Pet Beauty Shop. With 30 years of experience, their capable groomers will tend to your dog or cat with the same care they’d take with their own pets. Another business nearby (near the Lake Street corner) is Old World Cobbler Shoe and Leather. It really is “Old World,” having been founded in Lvov, Ukraine. They have been closed down for a while but are recently reopened, Tuesday through Friday, from 10 a.m.
On 40th Street just around the corner from Lyndale is a large and comprehensive healing center called Adagio Holistic Therapies, 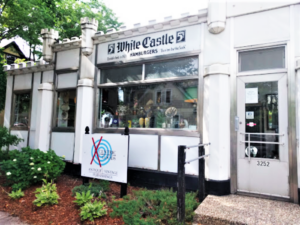 LLC. Their range of treatments is very impressive, spanning such favorites as cranio-sacral, Ayurvedic and Reiki, and including more esoteric things like Beyond Maya Abdominal Therapy and V Steaming (if you don’t know what that is, you probably don’t need it). They also have an on-site apothecary with herbs, homeopathic remedies and flower remedies, and can recommend things to boost your immune system or treat any other self-limiting conditions you may experience.
In the retail realm, Lyndale is losing one of its best loved businesses—Xcentric Goods, the antique store in an old repurposed White Castle. Xcentric Goods is having weekend clearances through August, and then will be gone. Another couple of favorite places, at least with niche audiences, are doing only online order and delivery business. The first is called simply Art Materials and sells exactly that. Use their website to order.
The second is Steamship Games, a very interesting game shop with onsite play in happier times. (They now have online group 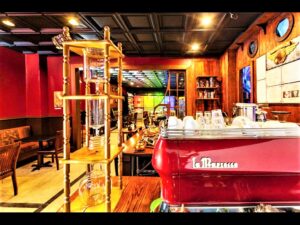 games.) It’s combined with a very posh coffee shop and a very plush steampunk-inspired decor. They’re located in the old internet cafe site that fronts Lake Street (I used to hang out there a bit back in the day—great muffins). But the space has been radically transformed. They are very specialist, selling only Magic the Gathering and related products (which, if you haven’t kept up, is now a vast empire of card-based games).
And I always have to mention a bookstore, if there is one. And there is, just half a block east of Lyndale on 26th Street. Once Upon A Crime was always a vital resource for us mystery novel fans, but with the shockingly sad loss of Uncle Edgar’s/Uncle Hugo’s on Chicago Avenue (burned to the ground by the riots in the wake of George Floyd’s murder by police) it is even more precious. OUAC has been having online book and author events since March. They have remained only partially open since June—shorter hours, call before to ensure it’s not crowded, choose curbside delivery if you want, or continue to order online for shipping. A few in-person events have come back, but there are still lots of virtual ones. Check out the website at https://onceuponacrimebooks.indielite.org/ and be sure and sign up for the excellent monthly newsletter, if you’re into books at all. 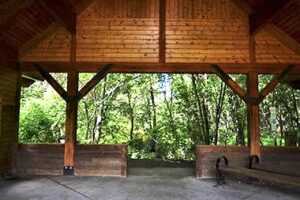 And finally—your nature walk. It’s not right on Lyndale Avenue, but walk (or drive) six blocks west from Lyndale and 42nd Street and you’ll come to the Lake Harriet Parkway and then the lake itself. Walk around it to the northwest, through Lyndale Park which lies between Lake Harriet and Bde Maka Ska. You can choose between observing roses at the rose garden (immediately north of where you entered the park) or observing birds at the Thomas Sadler Roberts Bird Sanctuary (a slightly longer but very short walk). If you’re more ambitious, it’s just under three miles to circumambulate Lake Harriet.