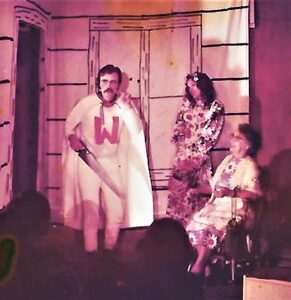 One evening in 1970, Don Barton, a Seward West activist, rang our doorbell at our upper duplex at 2200 23rd Ave. Don introduced himself as a neighbor who lived down the block. He asked me what I knew about the Housing and Redevelopment Authority (HRA) Seward West Renewal Program about to get underway. I told him I was not interested. I was holding a rum and coke, and I thought I should get to know my neighbor, so I offered Don a drink. Several rum and cokes later, by the time he made his way down the stairs, my life had changed.
I eventually became a member of the Seward West Project Area Committee (PAC), working with Don and neighborhood residents on innumerable issues, and later I served as project architect for the Milwaukee Avenue Four Block Area.
Don Barton was very instrumental in saving Seward West from large scale demolition, of which Milwaukee Avenue is an important place. In large part, Don organized the Seward West Project Area Committee, composed of neighborhood residents, whose imagination and perseverance sparked a successful outcome by politically preventing the Minneapolis Housing and Redevelopment Authority from pursuing their plans to demolish 70 percent of the neighborhood houses, including all of the houses on Milwaukee Avenue.
Only a few PAC members had any modicum of professional urban planning knowledge. Don’s background came from his training in the VISTA (Volunteers In Service To America) program that works in cities experiencing deteriorated urban environments, and organizing neighborhood residents to develop understanding leading to solutions. He left his hometown of Columbus, Ohio, to come to Minneapolis and began applying his VISTA skills. As a result, Don Barton stimulated us with our sense of applicable knowledge needed to save Seward West, which seemed to come right out of the pages of Jane Jacobs’ iconic 1961 book, “The Death and Life of Great American Cities.”
As I was later to discover, nobody in this group, including Don Barton, nor I at that time, had heard of her. Jane Jacobs, an American-Canadian journalist and author, influenced urban studies, sociology and economics. In her iconoclastic book, Jacobs wrote about American cities, primarily New York City, and her grassroots organizing and her belief that city staff planners do not respect the needs of city-dwellers transformed the practice of urban planning. Jacobs was known to engage in causes without ideology, and so did PAC.
Among her notable quotes:
“There is no logic that can be superimposed on the city; people make it, and it is to them, not buildings, that we must fit our plans.”
And:
“People making their own decisions, with less or no guidance or control from above, will make a better city.”
Don organized PAC to accomplish similar methods in Seward West.
In at least a very dramatic way, Don’s most flamboyant role came in a melodrama he probably wrote, “The Seward West Story,” a takeoff on the Broadway musical West Side Story that had been a 1957 national hit seven years earlier, and was still at that time affixed in public memory.
The Seward West plot centered on visits by various HRA staff members who tried to trick Gladys Cowan, an innocent widow, into selling her house to HRA. It had been her home most of her life, and where she raised her children. Don played the role of “Roger Rehab.” Gladys actually played herself, as she was living in a tiny house that HRA’s program wanted to “acquire” and demolish. The neighborhood audience booed, then applauded as Roger Rehab burst into the scene with his cape fluttering behind him, saving the innocent widow and Seward West.
By 1985, PAC had succeeded in saving over 60 percent of its houses, and the traditional neighborhood has been preserved.
Don’s health started to decline several months ago, and he passed away at age 74, Aug. 19, 2020. His partner, Howie, and some of us celebrated his life 10 days later at Lakewood Cemetery and at their home in the eastern part of Seward Neighborhood.