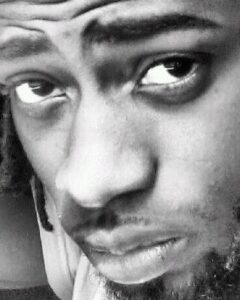 To: Defendants above named and their respective attorneys. This is an action for damages brought pursuant to 42 U.S.C. §§ 1983, and various Amendments to the United States Constitution. The Plaintiff also brings Minnesota common law claims including Wrongful Death pursuant to 2013 Minn. Stat. § 573.02.

B. Events Subsequent to Terrance Franklin’s Killing; The MPD’s Investigation and
Intentional Conduct by MPD Personnel to Taint Public Opinion and the Grand Jury Process
a. Initial Improper PR Conduct of MPD

b. The MPD’s Botched Investigation

a. They never secured the smart phone from Jimmy Gaines or interviewed him as to what he heard that day. Without         securing the phone, this prevented them from engaging in valid forensic enhancement of same.

b. Since Mr. Gaines posted a 62-second clip on YouTube that contained evidence of substance, the homicide                     investigators could have performed forensic enhancements off of that source. They did not.

c. The homicide investigators never addressed or pointed out in their reports the obvious concern that any reasonable,      competent investigator would have had that a bullet had entered TF’s right armpit which would create the potential that TF’s arms were raised in a surrender/submissive position at the time he was killed. This was of course confirmed in the Gaines’ video but never delineated in any official report because the homicide investigators chose to ignore it and the obvious implications it had for the two MPD SWAT shooters.

d. Although they were aware of the story of the MPD SWAT members that TF had allegedly shot a police gun, they did not engage in the technique of gunshot residue (GSR) testing of TF’s body, something that could have easily been done since TF’s  body was in the morgue for several days before it was released to a funeral home. This process would ascertain by a swabbing of the hands and arms if TF had fired a gun. TF’s family was denied access to TF’s body during this time frame. GSR testing was not done because the investigators knew the test result would be negative. This was the perfect time for the MPD hierarchy, such as Chief Harteau, to step in and make sure this common sense investigatory technique was performed. These MPD officials did nothing in this regard.

e. Although the homicide investigators knew or should have known early on that there was a time gap problem between the time an officer was hit by accidental discharge and the time frame Franklin was killed–which was a huge contradiction from the SWAT team’s version–they engaged in no substantive, active investigation regarding that issue. This was a matter that should have been dealt with in detail, and would have been, by an outside investigatory entity.

f. SWAT member Lucas Peterson had a long, extensive, shocking history of excessive force which should have resulted in an intense interrogation of him, but that never happened. The questions of Peterson from his statement could be accurately described as softball in nature, with no vigorous, tough questions whatsoever. An outside agency would have engaged in vigorous questioning especially upon hearing Peterson’s version which had major holes and was confirmed to be false from the Gaines’ video

c. Improper MPD Disclosure to Star Tribune in August of 2013

56. On August 16, 2013, the Star Tribune reported that TF’s DNA was found on a gun of one of the basement SWAT members. The unnamed sources for this story were members of MPD which was once again a blatant violation of Department policy and further tainted the subsequent grand jury process.

57. Although this release was unofficial in the sense that the MPD hierarchy was not aware this information would be released, the MPD hierarchy failed to tell the public certain information, in light of the improper impression that this supposedly meant that TF had shot a police gun. They could and should have told the public this to level the playing field, in light of their employees’ intentional Policy Manual violation:

a. That the MPD had never conducted GSR testing which would have proven whether TF had in fact shot a gun.

b. That there was a large time gap between the time an officer was shot, and the time TF was killed.

c. That TF’s arms were in the air in a surrender position when he was killed.

d. That TF had in fact been successfully apprehended before he was killed.

In April of 2012, two men were shot by two perpetrators while seated in a car in North Minneapolis. MPD failed to secure blood evidence at the scene, made numerous mistakes during the investigation, and the wrong man was charged. Although MPD became aware of the evidence of the actual perpetrator after the time this man was charged, MPD refused to engage in additional substantive investigation. The prosecutor for Mr. Freeman’s office  (HCAO) did nothing to correct this injustice. Chambers, who is African American, was acquitted by a Hennepin County jury after only two hours of deliberation regarding six serious felony counts including aiding and abetting attempted second degree murder. The injustice to Chambers was exacerbated by the fact that he sat in jail for 7 months for a crime he had nothing to do with because he could not make bail.

In July of 2013, the HCAO charged Scudder with a felony domestic based on an MPD Investigation. Although this defendant was a victim of a knife wound, which made clear the alleged victim was not a victim at all and should have been charged, the prosecution proceeded forward. Although it was clear the alleged victim had zero credibility, something MPD’s investigation should have determined, the HCAO’s prosecutor for the case refused to dismiss. The defendant was acquitted in February of 2014 after only 8 minutes of deliberation by a Hennepin County jury. This injustice would not have occurred had the MPD not have made the flawed recommendation to HCAO which was then incompetently prosecuted by HCAO.

C. The MPD’s Problems with Lawsuits and Payouts for Police Officer Conduct During Mayoral Tenure of R.T. Ryback