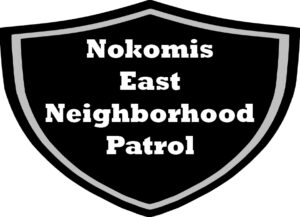 Last month in this space we published a notice we found on the Nokomis East Neighborhood Association (NENA) website about a new program they were planning: Nokomis East Neighbor-to-Neighbor Communication Project. We felt this could be a very useful community resource.
Who could disagree with their organizing principle: “NENA believes every person has the right to a safe, healthy home, and a welcoming community that values Diversity, Equity, and Inclusion.”
Their strategies seemed a bit muddled. They begin by saying, “This is not a crime prevention or safety project,” and end by saying they will “inform Block Club Leaders and encourage them to share with their blocks, communication and safety resources developed for Nokomis East, and government resources at the city, county, and state levels.”
But we felt any program that increases communication between neighbors during the current crime wave was a good thing and should be supported.
We got a very angry response from Becky Timm, the Executive Director of NENA. She said we should have talked to her first before publishing things from their website.
Like so many projects begun at NENA, the Neighbor-to-Neighbor Communication Project seems to have faded away. I could find no trace of it now on their website or on their Facebook page. They have three standing committees working on projects, but minutes from those meetings are lost somewhere in cyberspace. The Housing, Commercial & Street-scape Committee is on hiatus, but they have a 2020 budget of $29,550. Wednesday, Dec. 16, 2020, will be the final NENA free food and supply distribution. They have been giving away fresh produce, dairy, meat, staples, clean supplies and personal care items at 5734 Sander Dr. from 2:30 -3:30 p.m.
Becky Timm sent out a dire warning to people in Nokomis East earlier this fall, “We need your help to keep NENA in operation and serving our four neighborhoods. This is the time to Use Your Voice to speak up for our community! This fall, the Minneapolis City Council is considering drastic cuts to funding for neighborhood organizations like NENA. If the proposal moves forward, NENA’s annual allocation will be cut by 40 percent on Jan. 1, 2021. Over the next three years, NENA’s funding will shrink from $80K, to $60K, and then bottom out at $40K”
I was alarmed enough to check their budget and found that out of a 2020 budget of $353,606, staff salaries were $211,773 for the executive director and community organizer. [My difficulty in trying to find accurate figures is detailed in “Bloat,” on page 15 of this edition.]
The pandemic has caused a severe reduction in revenue for the City of Minneapolis, and almost all departments are facing severe cuts. The Police Department faced a 7.4 percent reduction in the mayor’s proposed budget, and that was before the City Council voted to cut an additional $8 million. Most of the money cut from the Police Department was transferred to the Department of Public Health, and they show an increase in proposed funding of 2.3 percent. The only other city department to show an increase in proposed funding is the city coordinator (+1.1 percent).
The city coordinator’s budget includes Neighborhood and Community Relations, which is the funding source for NENA, so Becky Timm’s salary seems pretty safe.
Cutting the police budget has been very controversial. Most people (and the police) agree that the police are not qualified to handle all 911 calls. The recent tragedies of Thurman Blevins and Travis Jordan happened when both of them were experiencing mental health crises. They were killed by Minneapolis police officers when they could have been treated without harm by mental health professionals. Most accident reports could be handled by a competent clerk with a portable computer.
The value of the police is in their visible presence. Most crimes are crimes of opportunity. If there is a visible police presence, crime seems less attractive.
So, why doesn’t the City of Minneapolis give Becky Timm a car to drive around the Nokomis East community at night with Nokomis East Neighborhood Patrol written on the side? She shouldn’t intervene in trouble, but with a cell phone to call 911 she could be the NENA Guardian Angel.
Executive directors of neighborhood organizations probably know their neighborhoods better than anyone. In the face of the crisis of mounting crime we need them to watch over us and keep us safe at night.