How environmental policies can reduce crime 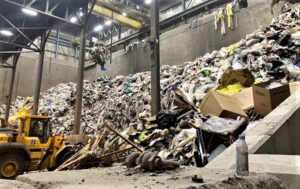 The garbage burner downtown puts this stuff in the air and, with prevailing northwest winds, drops it into the Phillips neighborhood.

“Defund the Police” has sparked a nationwide debate, the likes of which we have not seen before, about what a safe community looks like and how we achieve that for ALL of our residents. The vast majority of people in Minneapolis support redirecting funds from the MPD to violence prevention programs, mental health and drug treatment. Another important aspect of the conversation is to examine root causes of crime in the first place. Pollutants, such as lead, have a direct impact on crime as is demonstrated by both econometric studies and physiological evidence of how lead impacts brain development as is laid out in detail in Kevin Drum’s 2013 article “Lead: America’s Real Criminal Element.”
It has long been recognized that poverty and crime are linked. But a 2019 study from Harvard identified “toxicity, violence, and incarceration” as significant factors of poverty that increase the chances of adult incarceration. Some may be surprised that the study indicates that environmental policies, specifically those that reduce pollutants in communities, could significantly reduce crime rates.
The Hennepin Energy Recovery Center (HERC) burns trash in downtown Minneapolis. Incinerators like this spew massive amounts of air pollution from chemicals like nitrogen oxide to heavy metals like lead and mercury. Community members have been fighting to close HERC for years. There are a number of roadblocks to closing down HERC, but it may surprise some that our excessive throwaway culture is not the only factor. The incinerator produces energy—specifically energy that can be categorized as “clean.” Both of these are serious environmental concerns, but there are alternatives. In addition to increasing the city’s recycling and composting they could pursue serious zero waste strategies, especially in commercial and manufacturing applications which is where the term originated. As for green energy production, rooftop solar offers an excellent alternative if we are willing to prioritize it.
The Phillips Urban Farm has been fighting for the past couple of years to use an existing structure for aquaponics to provide food for the community as well as building affordable housing on the site. The city, however, has other plans. They have aggressively stood in the way of the community organizers every step of the way and plan to consolidate the Public Works Water Distribution Maintenance and Meter Shop operation to one site, instead of the three separate sites where they are now housed. While the city highlights “green” aspects of the project such as LEED certification, these seem a bit like greenwashing when compared to the community-driven proposal of the East Phillips Urban Farm. Especially given concerns that the city’s plan will increase emissions through increased traffic and that the demolition process will aerosolize the arsenic pollution on the site.
In both of these cases it is argued that, while these actions can be harmful to some of our city’s residents, the overall benefits to the city make the sacrifice worth it. Keep in mind that these are not people who live in these communities. These arguments are not being made from a position of personal sacrifice, but from a position of the sacrifices that others should make—often these others are the least empowered and enfranchised of us.
We must start to look at remediation and prevention of pollution as being a priority for our city. But even if we could magically clean up all of the toxicity of our city overnight it wouldn’t decrease crime overnight. It is exposure to toxins during early childhood development that increases crime rates and simply cleaning up the environment cannot undo the damage. This is where “defund the police” comes in, with more funding to programs that will reduce crime in the shorter term. This includes decriminalizing mental illness, homelessness and substance abuse. It also means investing in early childhood and youth programs that can identify children who have suffered developmental damage from their environment and divert them from criminal behavior.
We have a problem with crime in our city. We’ve had a problem with crime in our city. I grew up in “Murderapolis.” I’ve lived through ebbs and flows of violence over the years. Yes, crime is worse now than it has been, at least for a while; we are also facing one of the most challenging times in our nation’s history and a huge economic recession, if not depression. But even in the “good times,” crime was happening. Policing as it exists was never the solution and it’s not now.