The race is on! 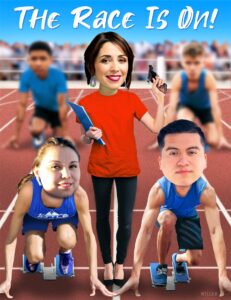 Alondra Cano has announced she will not run for a third term as City Council member for the 9th Ward.
Southside Pride supported Cano four years ago when she ran for reelection. We were thrilled when she supported demonstrations supporting holding Minneapolis Police Department (MPD) officers accountable in the death of Jamar Clark. We were hopeful when she was made Chair of the Public Safety Committee of the City Council, and we were crushed when she refused to have a hearing in her committee on holding MPD officers accountable for the deaths of Terrance Franklin, Jamar Clark, Thurman Blevins and Travis Jordan.
Further, we felt betrayed when, after holding a massive public meeting on the evils of gentrification, she voted to support the 2040 Plan, which calls for up-zoning of the 9th Ward that will replace affordable housing for communities of color with expensive apartment buildings for Young Urban Professionals.
Margarita Ortega and Jason Chavez are two strong candidates running to replace her.
Ortega was an aide to Cano. Her Facebook page says, “I’m Rita—a Native American and Latina woman, a mother, a community organizer, and a proud Little Earth resident. I’m running for Minneapolis City Council because Ward 9 deserves a representative who will lead with radical vision and moral clarity.”
Her website, www.ritaforward9.com/vision, is long on generalities and short on specifics. She has the support of an impressive list of progressives active in the 9th Ward, including Londel French, Park Board commissioner and activist during the Powderhorn Park encampment this summer; Susana de Leon, immigration lawyer and founder of Kalpulli KetzalCoatlicue, an Indigenous dance collective; and Andrew Fahlstrom, an activist involved in housing and immigration issues in the 9th Ward.
Dave Tilsen said, “I told Margarita Ortega that I would support her, but Jason is also very good and has more support. One negative about Margarita going around is that she was loyal to Cano and did not decide to run until Cano was out. I think loyalty is not a negative, and the criticism is unfair.”
Jason Chavez was president of the Minnesota Young DFL for 19 months. Senate District 62 Chair Luna Zeidner says, “Jason did a really good job leading a statewide caucus to push radical ideas, even if it got them in trouble with the Party. MYDFL pushed hard on police brutality issues. They were also a key part of the Omar Fateh for State Senate campaign.”
It is possible that Zaynab Mohamed and Carmen Means might also be candidates.
DFL precinct caucuses to elect delegates who will endorse a candidate for City Council will start on Monday, March 1, when participation registration opens and delegate interest forms will be made available. On Tuesday, March 16, at 7 p.m. there will be a virtual Caucus Night, one per ward. On Tuesday, March 23, precinct caucus electronic balloting opens, and on Monday, March 29, 11:59 p.m., caucus participation registration closes. On Wednesday, March 31, at 11:59 p.m., precinct caucus electronic balloting closes. On Friday, April 2, precinct delegate lists will be released to ward committees and candidates.
The 9th Ward virtual endorsing convention will be Sunday, April 18, beginning at 1 p.m.