This is a true story about how Amazon dehumanizes and abuses its workers for the sake of excessive profit. When Amazon (msp1) hired me and more than 50 other people in 2016, we joined over a thousand workers already working there.
My first day was very exciting because I was really happy I got my first job in the United States. But after only three days of dismally inadequate training, I was on my own.
I became so stressed and anxious I couldn’t sleep at night. Amazon is rating you every single minute of every single day and every single week. After only one week, my supervisor informed me I had to improve or ultimately be fired: My productivity was low; I made mistakes and was slow. This was a shocking surprise. The training did not include information about meeting unrealistic quotas and being under intense scrutiny to measure it. My “American Dream” was shattered because there was no way I could improve without help. 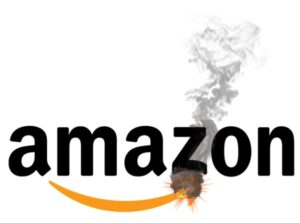 After an agonizing week of hard work and sleepless nights, my supervisor pressured me into signing a write-up. I was new to the country, new to English, and I was dying inside. I was standing 10+ hours, lifting 50 + pound items, and was exhausted physically and mentally. Yet, I was told that I wasn’t working hard enough. The only option I had was to meet their expectations 100 percent of the time or be terminated.
I was having trouble meeting the quota of moving more than 260 units per every hour and 2,600 units for every 10-hour shift. If I made more than one error during this time, I would be in trouble. Just imagine how could a human being who has been employed there less than a month do that?
Amazon did not provide any helpful coaching to improve my performance, but my co-workers did. With their advice and overextending myself, I was able to keep the job I needed for survival. However, I had to work harder every day. The computer was constantly monitoring my rate and movement. If you spent too much time “off task,” it knew. Keeping hydrated and using the restroom are considered time off task, so I did neither for my 10-hour shifts.
Not only was I dehydrated and exhausted, I was denied the opportunity to follow my daily prayer rituals. After my shift, I couldn’t even cook for myself. I barely had the energy to take a shower and often went to bed with an empty stomach. I had nightmares about getting fired, disrupting the little sleep I was getting. They treated me and every other warehouse worker like a machine, not a human.
Every employee has to prove her/himself every single day in order to survive at Amazon. Nobody says anything because everybody is just trying to survive, struggling all alone, all by themselves. Employees don’t quit because most of them are new immigrants and are just trying to survive in a country they don’t entirely understand.
Immigrants are more vulnerable at Amazon because they know you aren’t going to speak up when your rights are violated. They know you don’t have easy access to resources, so they purposely don’t employ supervisors or translators who can communicate with employees with limited English. Employees of color are also systematically treated unfairly. Amazon assumes we don’t know our rights under the law as employees, and they take advantage of that.
To maximize its profits, Amazon is committing labor abuses in its warehouses and in the delivery trucks by demanding unreasonable quotas for its order-fulfillment employees. People’s health and well-being are continually jeopardized by the ridiculous standards and Amazon’s refusal to adjust to the pandemic. This should be unacceptable to everyone. So, under our watch, we need to insist we honor human rights. I urge those of you who care to look into Amazon’s employee practices. Amazon needs to be exposed. We cannot allow Amazon’s abuse to continue and to profit excessively off its employees’ misery.