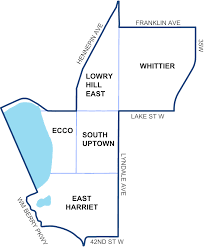 This year, Minneapolis will have elections for city offices. This means the mayor, all the City Council members, Park Board and Board of Estimate and Taxation. With the multiple crises that the city has gone through and is still going through, I expect the debate and discussion on these races to be illuminating, and hopefully healing and helpful.
On Wednesday evening, Feb. 24, there was a candidate debate between six candidates running for the 10th Ward City Council seat. The 10th Ward includes most of Uptown, Whittier and the Wedge.
First impressions were that there was a lack of specifics. Everyone wants “to change the culture of the police,” more police accountability, build more “affordable housing,” provide better public transportation and is against racism and hunger.
No one talked about the upcoming Chauvin trial or the deployment of the National Guard. 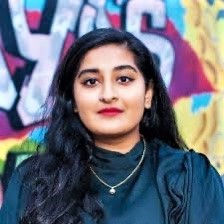 Police and Charter Amendments
There are a couple of charter amendments, one a citizens’ petition, and one by three City Council members. The amendments are so similar that the council members have said they will drop theirs if the petition drive is successful.
Candidates who said they were for the charter amendment:
Aisha Chughtai, Katie Jones.
Steven Frisch said he wanted an elected civilian council to hold police accountable.
Alicia Gibson believes restorative justice and a neighborhood truth and reconciliation commission would be helpful.
Everyone is for more “police accountability.” Other than the amendments and Mr. Frisch’s support of a civilian council, no one had any specific recommendations. There was no mention of the recommended research done by the Communities United Against Police Brutality.
(https://d3n8a8pro7vhmx.cloudfront.net/cuapb/pages/1/attachments/original/1591595256/WHAT_WILL_IT_TAKE_TO_END_POLICE_VIOLENCE_with_Appendices.pdf?1591595256)

Recommendations
The election and the DFL endorsement will utilize ranked choice voting. You can then have multiple acceptable candidates.
Was favorably impressed
Number one, Aisha Chughtai – She’s ready, been through the muck and the mire, and has come out wiser and stronger. She would be a strong addition to the City Council.
Alicia Gibson – She expressed support for Arradondo and Huffman, which gave me pause, but the other things she said resonated. I might consider her for a second place vote.
No so impressed
Steven Frisch – I liked everything he said, but he didn’t seem to be ready for the City Council. He should spend a few more years as an advocate.
Katie Jones – A good grasp of details and how to get things done. I didn’t hear the broad vision that I think a council member should have. Would be a great staff person.
Chris Parsons – Nice guy, didn’t seem to understand systemic racism and how to address it. Too uncritical of police.
Unacceptable
David Wheeler – If you love the last three years under Mayor Frey, then you’d love Mr. Wheeler.