The queen on the hill

Park Board Commissioner Musich sits on her elevated hill over Lake Nokomis and surveys her dominion of Lake Nokomis. On her campaign website she says that her family loves “looking out over the park from our living room and seeing so many people enjoying OUR FRONT YARD.” Of course, she is talking about the park land surrounding Lake Nokomis which does not BELONG to her. 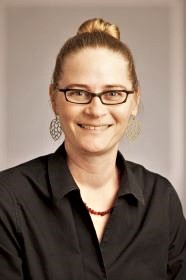 In the meantime, her “subjects” below her are suffering from water inundation and broken pipes that are costing them thousands of dollars to repair. And, the “constructed wetlands” around Lake Nokomis are growing in size, outside of their originally designed footprint. Just recently, another underground water pipe burst in Nokomis park. And water from Solomon Park has been inundating people’s yards.
But does this faze Ms. Musich? Not at all. She is bent on wreaking more havoc on the community around Lake Hiawatha. She appears to love water more than her constituents.
Her latest plan is to turn the Hiawatha Golf Course into a much larger lake. The plan slanders Theodore Wirth, who pushed the Park Board to buy the land around Lake Hiawatha. This land was slowly being developed with over a dozen buildings and a dairy farm on the property in the early 1920s. Wirth demolished the buildings and created a mixture of park land and golf course, but the current Park Board gives Wirth no credit for saving this land from development. The current plan says it favors “preservation, conservation, and restoration rather than expanding acts of past disturbance or creating new development.” Really? If you actually READ the plan, “further disturbance and new development” is exactly what it does, with massive dredging to create a bigger lake, adding massive amounts of fill to the property for the proposed golf course, and building extensively on the clubhouse knoll. It appears that Wirth was really the savior and the current Park Board are the sinners.
And then there is the long history of the Black community and Hiawatha Golf Course. This community has patronized this golf course since it opened in 1934, mainly because it was one of the only places they could golf. In 1951, they fought for equal access to the golf course, resulting in the Park Board eliminating the discrimination. Since then, this golf course has provided a home for the Black community, including hosting of the Bronze Golf Tournament for over 30 years, the biggest golf tourney for the Black community in the Twin Cities. What does the Black community want? The 18-hole golf course. Does this matter to Ms. Musich? No. She’s fine with honorary plaques for the Black golfers. Instead, she wants to let developers pay the Park Board a few bucks to dump their water on the property via watershed credits.
Also, this plan still makes promises to protect the low-lying homes with no engineering details. All of this massive redevelopment will totally change the delicate balance of the topography, water drainage and pumping that now protects the homes as far away as Powderhorn Lake.
And will the promised 9-hole golf course, the fantastic ski area and the restaurant really be built? The funding mechanism makes this almost impossible since the funds for the first two will come from the golf courses and the Winter Activities department which need to come up with $11 million and $3.7 million, respectively. The Park Board’s history of mismanagement of these enterprises makes this nearly impossible. And what restaurant owner will pay $6.3 million to build this fancy facility and have its profits drained for 25 years? Is this the ultimate BAIT AND SWITCH? Close the golf course and flood it, only to never have the money to build the rest of these promised amenities? It seems very likely.
So, what does Ms. Musich say to her subjects? It’s not, “Let them eat cake.” Ms. Musich appears to be saying, let them buy sump pumps and read honorary plaques.