Shocked at seeing human beings other than her father for the first time, Miranda, in Shakespeare’s “The Tempest,” says, “Oh, wonder! How many goodly creatures are there here! How beauteous mankind is! O brave new world, that has such people in ‘t.”
The forced isolation and sudden shock of seeing new people for Miranda would have been a familiar sentiment for Elizabethan audiences. An outbreak of the plague had closed all theaters and limited commerce in 1603.
Shakespeare warns against too quickly consummating intercourse with the world in Prospero’s speech to Ferdinand, the suitor to Miranda: “If thou dost break her virgin knot before All sanctimonious ceremonies may With full and holy rite be ministered, No sweet aspersion shall the heavens let fall To make this contract grow, but barren hate, Sour-eyed disdain, and discord shall bestrew The union of your bed with weeds so loathly That you shall hate it both.”
So, according to Prospero, we best be careful going out into this Brave New World. 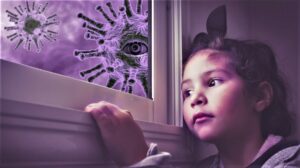 But, according to The New York Times, The Morning, May 11, a lot of the fears of getting about outdoors have been greatly exaggerated:
“Masks make a huge difference indoors and rarely matter outdoors.”
“There is not a single documented Covid infection anywhere in the world from casual outdoor interactions, such as walking past someone on a street or eating at a nearby table.”
A study in Ireland put the danger of transmission outdoors at 0.1%, and a study in China of 7,324 cases found one instance that involved an outdoor conversation between two people.
The CDC has finally caught up with reality and now says fully-vaccinated people could stop wearing masks in most settings, including crowded indoor settings. Gov. Walz has lifted the mask mandate for Minnesota.
There is a new variant in India, but it seems existing vaccines are effective against it. But the virus will continue to mutate and new vaccines will have to be created to fight new resistant strains.
The flu that develops every fall and winter is the descendant of the Spanish Flu that terrorized the world in 1918. It was never fully eradicated. Every year between 9 and 45 million people get sick from it, between 140,000 and 810,000 get hospitalized and between 12,000 and 61,000 die. This last season the flu almost disappeared. Because of all the public health precautions for Covid, only 1,500 people in the U.S. actually got the flu.
But the flu never really went away, and Covid probably won’t either.
Even if everyone in the world were to get vaccinated, the vaccines are only 90 to 95 percent effective, and the virus is communicable to animals other than humans. We had better luck with SARS and other viral outbreaks because authorities acted quickly in containing the virus, but some leaders let the genie out of the bottle. The countries that suffered most were those run by megalomaniacs who thought they were smarter than the virus and smarter than the scientists who studied it: Trump in the U.S.; Modi in India; Bolsonaro in Brazil. Their stupidity allowed the virus to mutate and create variants that are harder to contain. Because they refused to adopt sensible public health measures — lockdowns, contact tracing, masks, etc. — almost 7 million people have died from Covid.
Minnesota is handling it a bit better than average. Biden praised Gov. Walz for the comprehensive vaccine rollout: “You’ve saved thousands of lives.”
And things are starting to open up.
Outdoor businesses no longer have occupancy limits or distancing requirements. Face covering is required only in crowds of 500 or more. On May 27, restaurants and bars will be allowed 75 percent capacity, up to 250 patrons.
We are all entering a Brave New World, but in many ways the pandemic has brought us closer together. There is deep empathy with the struggles of others: the reaction to the killing of George Floyd; the welcoming concern for the homeless last summer; the ongoing offers of mutual aid and assistance. We have learned how dependent we are on each other, and how our happiness and well-being is dependent on everyone else’s happiness and well-being. If we do not forget these lessons, then maybe our new consciousness will be a great gift from an otherwise horrifying year.