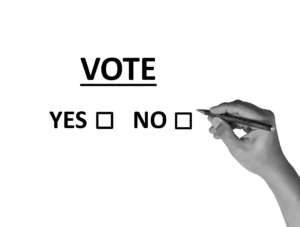 Before there was a city of Minneapolis, there was the town of St. Anthony on the east bank of the Mississippi. Its Main Street was bustling with a thriving lumber trade. In 1861 when they incorporated, they looked at the federal system of government in Washington, D.C. and the parliamentary systems in Europe. They decided the parliamentary system was more democratic. They agreed with the sentiment that Winston Churchill would enunciate in the next century: “Many forms of Government have been tried, and will be tried in this world of sin and woe. No one pretends that democracy is perfect or all-wise. Indeed it has been said that democracy is the worst form of Government except for all those other forms that have been tried from time to time.”
Under their system, the party that won the election organized and ran the government. There were three council members elected from each ward for two-year terms. The mayor was a symbolic head of government with ribbon-cutting duties similar to the Queen of England. Unfortunately, the election of a mayor was a critical flaw in this design, and it eventually doomed the democratic experiment. The argument that eventually prevailed was that the mayor was elected city-wide, and, therefore, should be given more respect and more power than mere council members elected from a single ward.
By 1887 St. Anthony was incorporated into the City of Minneapolis, and representation was reduced from three to two council members from each ward. In the 1950s that number was reduced further, to one council member.
Don Fraser, that paragon of liberal virtue, one of twenty Congresspeople to vote against funding the House Un-American Activities Committee, was mayor of Minneapolis from 1980 to 1994. He effectively canceled more elections than the sum total of all Latin American dictators in the twentieth century. He convinced voters it would be much more efficient for the mayor and the council members to be elected to four-year terms. He also transformed the structures of decision-making at city hall by creating an Executive Committee, so the mayor could sit in on appointing heads of departments.
The current proposed Charter amendment concludes the transfer of absolute authority to the mayor and allows him or her to appoint all department heads and administer those departments.
The present system has been criticized as chaotic with thirteen council members running every department. But, of course, that’s not how it works. Each department head reports to a city council committee. If a council member wants a stop sign installed or an amendment to the civil rights code, then the council member takes that request to the appropriate city council committee; the committee votes on it and brings the request to the full city council. It’s very open, very democratic. Further concentrating power and decision-making in the hands of the mayor will mean the mayor will initiate those decisions on his own and the process will be less open to public discussion.
Historically, and under the current system, the mayor is responsible for the administration of the police department. The other proposed amendment to the Charter calls for introducing another layer of accountability between elected officials and the chief of police with the appointment of a police commissioner. Last year the world watched a Minneapolis police officer kill George Floyd. It was heartlessly cruel and it cried out for justice. Very well-meaning reformers came up with this plan as a way to hold police more accountable. In my opinion, this change would blur further the lines of accountability and make it even more difficult for the Minneapolis Police Department to discipline rogue officers.
For that reason, we are urging voters to vote no on both amendments.