The race for Ward 2 – Two Letters to the Editor 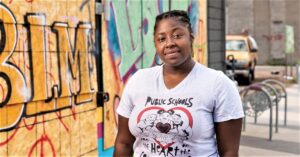 I have lived in the Twin Cities for nearly 15 years, and Minneapolis for nearly 14. As a resident of the Longfellow community, and Cooper neighborhood, Cam Gordon has been a faithful representative for our community, he has served on the City Council since 2006. Cam appointed me to serve on the Minneapolis Arts Commission, has been responsive to my questions, and has been an active participant in many neighborhood meetings. Cam is a decent man.
Peter McLaughlin, the former Hennepin County Commissioner representing Longfellow for 28 years, was also a good representative for issues in in our community, attended meetings, and is a decent man.
What these two men share, aside from being white men, with long terms, is their inability to read the room. Or maybe they fail[ed] to acknowledge the obvious; they are two white cis-gendered men, who perhaps do not recognize that what they represent, and who they serve, were/are people that look like me. White men of privilege. Oh, I am fully aware, Longfellow is more than white men of privilege, and I am aware of the class issues that exist in our community, our city, and our state. I do not think Cam can solve those issues alone, but I do expect more from our city council members.
I think all city council members representing South Minneapolis failed not only George Floyd, but our community, our people, our city, by not standing with the people most directly affected by the violence perpetrated by police in our communities. They were reactive, not proactive, they stood on the sidelines, instead of standing for the people. What makes their inaction during the early days even more egregious is this simple, glaring fact: in a city with a system that prioritizes a strong City Council over a weak mayoral system, the City Council punted responsibility to a police department plagued with racist cops, looking to utilize military weapons and tactics to terrorize our community.
Robin Wonsley Worlobah has a plan for Longfellow. It includes equitable, affordable housing, fully funded equitable education, a real public safety plan for all, strengthening workers’ rights, ending our city’s involvement with ICE and CBP. Robin is for ending the free ride that private institutions and Fortune 500 companies have had in our city, and for the funding of a just social safety net.
Cam’s successes are well documented and very well appreciated, but his failure to deal with our police department, housing issues, and equity in our community render his accomplishments into the furthest recesses of my mind. His lack of leadership as Downtown Longfellow tries to move forward is glaringly obvious. None of what is being built, or rebuilt, is moving our neighborhood forward or adhering to the 2040 Plan. We need to look forward, not back. We need someone who can meet this moment and not rest on past achievements. We needed more from Cam Gordon, and his desire to seek the Democratic Socialists of America endorsement is just one more indication of someone trying to be all things to all people. Now, we need Cam Gordon to see this: it is time for Cam Gordon to read the room and see that Robin Wonsley Worlobah is the best person, for this moment, for the future of Longfellow. Robin is for ALL of Us. Robin is for Minneapolis.

Cam Gordon is a proven leader in Minneapolis 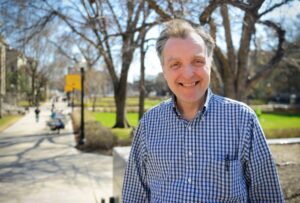 I feel tremendously grateful to have such a thoughtful and principled representative in Cam Gordon. Cam is accessible, welcoming, real, and respectful. He knows how to get things done – to turn good ideas into practical reality, which is a rare gift, especially in today’s world.
Cam starts with a clearly articulated progressive vision. Everything he does is to make our city more just and equitable, more sustainable, more peaceful, and more democratic.
But Cam knows that no one person or group has all the answers. So the next step is equally important: he brings people together, and listens to them, and encourages them to listen to each other. He lifts up and centers the voices of people who have been historically left out, especially low-income people and Black, Indigenous and people of color.
Putting these pieces together – a clear, progressive vision and the empathy and humility to bring people together to find consensus – produces real, concrete actions that make our city better.
Here’s how this works, in practice. After the murder of George Floyd and the unrest last year, Cam brought together hundreds of people in dozens of small groups in parks and yards across the ward. He shared his vision for transforming public safety, but mostly he was there to listen, and to encourage participants to listen to each other. Cam then took the key themes from these conversations and implemented many of them through the Safety for All budget. We now have an unarmed Behavioral Health Crisis team responding to 911 calls in Minneapolis in large part because Cam brought people together around that vision and got it done.
Another example: this year, an encampment of people experiencing homelessness moved onto land in Seward owned by an Ethiopian church. Cam clearly articulated that he wanted a peaceful resolution. He brought people together – neighbors, advocates for unsheltered people, city staff, the owners of the Ethiopian church, and the head of the American Indian Community Development Corporation (AICDC). This culminated in this encampment being closed without violence, without law enforcement, and with most of the people in it finding housing or shelter.
This proven, effective approach is why Cam has been at the forefront of so much progressive public policy.
On public safety, Cam was the first to call for fixing our Charter, and that idea grew into the movement to create a new Department of Public Safety that will be on the ballot this fall. Right now, he’s working to bring back real civilian oversight of police.
On housing, Cam has authored many of the ordinances that are allowing new approaches like tiny home villages, single room occupancy, intentional communities. He led the fight to put rent stabilization on the ballot, and it will be on the ballot this fall.
On social and racial justice, Cam helped lead the fight for our $15 minimum wage, safe and sick time, protections for the most vulnerable workers in our economy, and authored the first resolutions that ever called out institutional racism and genocide against Native people in Minneapolis.
Cam has led the Council’s work to fight climate change, by getting the Council to declare a climate emergency, pushing for municipal energy, passing Energy Disclosure, getting the city to oppose Line 3 and Keystone XL, and much more. He was the first Council Member, and the first candidate in this race, to call for a Green New Deal for Minneapolis.
This is Cam’s track record, and what we can expect in the future. Please join me in supporting Cam Gordon’s reelection to represent Ward 2 in Minneapolis.