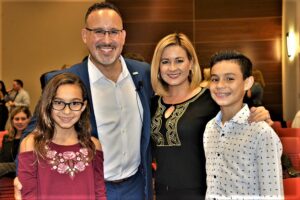 New Secretary of Education
At least we don’t have Betsy DeVos anymore! In March of this year the new Secretary of Education, Miguel Cardona, was appointed, and he couldn’t be any more of a refutation of DeVos if he had been designed by a computer that was programmed just to refute DeVos.
• Cardona was born to Puerto Rican immigrant parents in Meriden, Conn.; the family lived in a housing project for his early years. DeVos was born the daughter of a billionaire and later married a billionaire.
• Cardona struggled when he started kindergarten speaking only Spanish, but persevered to become a great scholar boosting bilingual education and cultural literacy. DeVos is apparently not that interested in either of those, and is certain that school vouchers will solve any achievement gaps that actually exist.
• Cardona began his career as a high school teacher in his hometown, became the youngest principal in Connecticut history at age 28, and became the first Hispanic Connecticut state education leader in 2019. DeVos has no experience in education.
• Cardona attended a technical high school in Connecticut, and two Connecticut universities. He was a scholarship student for his undergraduate degree at the first, and obtained a doctorate in education at the second. His doctoral dissertation was titled “Sharpening the Focus of Political Will to Address Achievement Disparities.” DeVos attended a private Christian secondary school and got a BA in business economics from a private evangelical college.
• Cardona puts faith in public school excellence, strong families and communities, multicultural and multilingual learning environments and community public schools. DeVos puts faith in evangelical Christianity, school “choice,” privatization, the GOP and getting comfortable with obscene wealth disparities.

The GOP war on Critical Race Theory
Nationally, there seems to be a turn away from school choice as a panacea, gimmicky education schemes, and passive teachers’ unions, and toward the concept of community schools, multicultural learning experiences including ethnic studies and language immersion programs, and strong, activist unions with solidarity among all classes of education workers. This is all in stark contrast to the GOP’s hysterical attack on the teaching of “critical race theory,” sometimes shortened to CRT, in elementary and secondary schools. 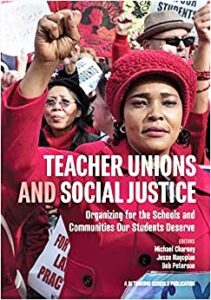 Which is ludicrous. Critical race theory is not a subject to be taught, and if it were, it would not be a subject for any but university-level students. It is just what it says on the label – a theory about education, which is a subject area. But of course, education is not taught in early education or high school, because it is about teaching itself. What the GOP is really trying to protest and prevent is the teaching of history and other social studies in a way that is indirectly informed by critical race theory to include non-majority views of historical events, and to unearth major historical events that have been suppressed. What the GOP is trying to promote is a consequence-free continuation, and perhaps even an extension, of the white supremacy project of rewriting and censoring history.
With this level of sloppy logic, it’s easy for the “anti-CRT” lobby to assume that CRT is also responsible for such threatening ideas as bilingual education, culturally specific programs, or ethnic studies such as African American or Latin American studies. However, all of these subject areas have been around longer than Critical Race Theory, let alone its backlash. These are not quite the same thing as suppression of history in the service of white supremacy, but often go hand in hand with it. These programs too, along with gender studies and queer studies at the secondary and post-secondary level, are also under attack from the same factions. 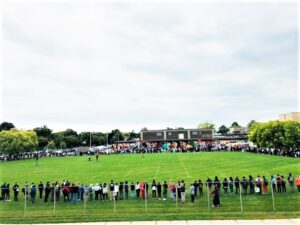 Community schools should be an area of great interest to Minneapolis parents, students and educators, because the reorganization of schools in the district, called Comprehensive District Design or CDD, hinges very much on the promotion of community schools. So what is a community school and how is it different from a plain vanilla local public school?
Wikipedia offers this definition of Community Schools [United States]:
“According to the Coalition for Community Schools, a branch of the Institute for Educational Leadership, a community school is ‘both a place and a set of partnerships between the school and other community resources’ with an integrated focus on academics, health and social services, leadership, and community engagement. Community schools are generally public, i.e., government … funded, though many private and charter schools have also adopted the model. One of the difficulties the movement has encountered is the sheer diversity of institutions claiming to be community schools. This, coupled with the decentralized structure of American education, has hampered efforts to quantify the number of community schools nationally extant.”
An excellent piece in the magazine In the Public Interest (ITPI), “The Real Grassroots Movement Reshaping Public School Curriculums,” ties both of these issues together – the false narrative about CRT and its related pedagogy, and the actual surge in demand for and validation of community schools, bilingual programs, and ethnic studies. I must quote extensively (order changed for clarity):
“Countless studies show that students who participate in ethnic studies perform better academically and graduate at higher rates. A 2016 study of an ethnic studies pilot in San Francisco high schools showed an increase in ninth-grade student attendance by 21 percentage points, GPA by 1.4 grade points, and credits earned by 23.
“In June [of 2021], the Los Angeles Unified School District (LAUSD) board voted to spend $63 million on community schools. This will add ten more community schools to the 30 already existing in the district.
“LAUSD’s new community school money will fund ethnic studies lessons that uplift the stories of diverse communities. This happened because – counter to the right-wing narrative – students, parents, and the community demanded it.
“Los Angeles isn’t alone. New Mexico recently committed $6.6 million to community schools, after sustained pressure from below. Vermont just launched a community school grant program.”
Community schools are associated in the public mind with big cities, but in today’s world, poverty and the need to integrate disparate demographics are not confined to urban school districts. Far from it. Sarah Lahm, a local school activist/journalist, published a great piece on Alternet (alternet.org/2021/09/community-school-model) which was picked up for the Cashing In On Kids email newsletter put out by ITPI. It makes this point, using the example of Deer River in Minnesota’s Itasca County as an example of a rural area where the community school model makes major inroads in social and economic problems that hinder equitable education.
The Deer River School District has 900 students in all. The town of Deer River also contains 900 residents, but the school district brings in students from surrounding areas. The district also lies wholly within the Leech Lake Reservation, home to nearly 10,000 members of the Leech Lake Band of Ojibwe. Native Americans, a population known to be underserved by education in Minnesota, comprise a third of Deer Lake’s student population. Economic indicators show this as an area of extreme poverty, with two-thirds of the student population coming from households under the federal poverty line. Of 900 students, 85, nearly one out of ten, are counted as homeless, and a quarter of the students qualify for special education.
As Lahm carefully traces the five-year journey from when the rural district adopted the full community school model to its present state of improvement and progress, despite COVID and other setbacks, the case is made that community schools, done right, are just as transformational for rural districts as for urban ones. 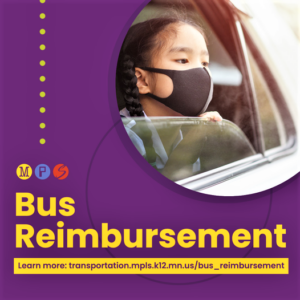 The view from MPS
Getting back to Minneapolis Public Schools, there are bigger problems for us to face this 2021-22 school year than the CDD. School systems across the nation are grappling with the problems of reopening schools in “in-person” mode. The 2020-21 school year was hard on teachers, students, families and the economy, although you couldn’t call it a failure. Most systems avoided being pandemic hotspots, at least. When plans were laid for this year to be the major return, the view was more hopeful than it is now, with surges, breakthrough infections, and more than one in every 500 Americans a COVID death statistic.
But in fact, the problem getting the most attention right now in Minneapolis is the unprecedented shortage of school bus drivers. This is just a part of the nationwide labor shortage that has a number of causes, including both direct effects (deaths, quarantines, long-COVID) and indirect effects (stagnant wages, inadequate protection, people switching career paths) of the pandemic.

Some recommendations for more information or involvement 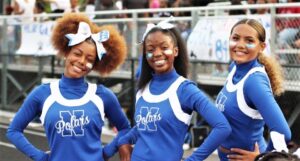 Check out the Facebook page Cashing in on Kids for lots of links to articles like those cited here. *** Subscribe to ITPI’s newsletter to get the latest articles by email. *** Read the book “Teacher Unions and Social Justice,” edited by Michael Charney, Jesse Hagopian and Bob Peterson. It contains over 60 articles on the topic of organizing within education.