It blew up in our faces 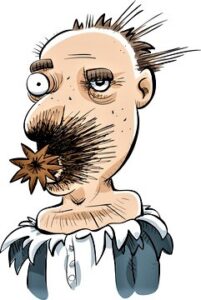 We were feeling so hopeful, so optimistic. We were congratulating ourselves on our great victory over ignorance. We lit a cigar to celebrate.
And then it blew up in our faces.
We made some terrible mistakes. The banner across the front of the stage in Powderhorn Park was the beginning. “Defund the Police” was never going to win friends and influence voters. And the public humiliation and rejection of Jacob Frey when he came down to talk to people in the streets just strengthened his support and got him a lot of sympathy votes. But the biggest problem with the amendment to change the police department was that it wasn’t clear where it was headed. Voters thought they were being asked to jump off a cliff, and they weren’t even promised a soft landing. The incumbents who supported the amendment in the more conservative wards were crushed by their opponents. Fletcher, Cunningham and Schroeder lost big-time to Rainville, Vetaw and Koski.
Conservatives on the City Council are now in a strong position. Rainville in Ward 3; Osman in 6; Goodman in 7; Jenkins in 8; Koski in 11 and Palmisano in 13 give them six solid votes. But it takes seven votes to organize the Council. It is possible that Andrew Johnson in Ward 12 could organize the other six progressives into a caucus that could run the City Council, but it’s much more likely that the older, more experienced council members will run the show and give patronizing lip service to progressive aspirations.
Was anything gained in this desperate suicidal effort?
The re-election of Jacob Frey as mayor was not an endorsement of his administration of the police department. People want change. Even Frey’s mentor, former mayor R.T. Rybak, told reporters: “He said he wants to make major reforms, so let’s go.” The city should get the U.S. Department of Justice to put the MPD in receivership, invalidate the union contract and help the department remove cops for cause, he said.
Frey needs to clean house. He needs to publicly deal with the grievances against officers involved in the killing of young Black men in order to restore trust in the department.
What really happened in the basement of that home in South Minneapolis where officers shot and killed Terrance Franklin? The city never answered the charge in district court that Officers Lucas Peterson and Michael Meath executed Franklin. We deserve to know what happened, and the mayor and the chief of police need to give us a satisfactory explanation.
Did Officer Ringgenberg observe proper MPD protocol when he tackled Jamar Clark from behind when he was walking away from him? Did he have control of his weapon at all times?
Did the officers who shot and killed Thurman Blevins as he was running away from them saying, “I didn’t do nothing bro. Please don’t shoot. Leave me alone,” observe proper protocol?
Does the MPD have new protocols to prevent them from killing mentally disturbed and suicidal citizens like Travis Jordan?
Frey and Arradondo have to publicly admit there is a problem with endemic racism in the MPD that doesn’t value the lives of young Black men. And they have to show us concrete steps they are taking to stop these continued murders.
The issue of police accountability is not going away. The MPD will not be dismantled this time around, but we have a right to expect the house will be cleaned, and that it will protect and serve all of us without exception.