The soldier and the peacenik 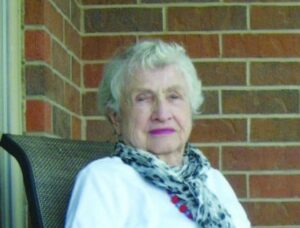 I am a voracious reader and years ago when I read of the coming birth of a college in Marshall, Minn., where I was living, I decided to apply for the position of bookstore manager. Never mind that I had no experience in running a store of any kind. I love books and the president of the college and his wife were friends. I’m certain when he said yes to my inquiry that he didn’t realize I had a reputation as the town radical, proved by my presence in several protest action against the Vietnam War. (Several years after he had made the decision to hire me, he received many telephone calls objecting to his decision.) So it was that, early in my bookstore career, I was sitting at the desk in my office when a young man walked in and asked if he could speak to me personally. I would have classified him as a hippie, which his appearance suggested – long, stringy hair, too-big overcoat and shoes that had never seen a shoeshine brush.
He began to talk: “I was told you are a pretty open-minded person and I need some help,” he said tentatively, looking closely at me for some hint as to my feelings. “I try to be,” I said. Relief began to immediately flood his face. He pulled at his hair and off came a wig. “I’m an AWOL soldier,” he said. “I’m on my way to Canada where I have a friend and plan to live there till this war is over.” I nodded. He continued. “The wig thing is to indicate I’m a soldier even though I’m not in uniform. I hitchhiked here from Fort Leavenworth, but I’ve run out of money.”
“So,” I said, “you need bus fare?” Relief again flooded his face. “How much?” I asked. He told me but it was so long ago I’ve forgotten how much. I know it was somewhat less than a hundred dollars. It didn’t take long for me to make up my mind. I never carried much money in my purse, but I could cash a check using the bookstore’s cash register. This I did.
I don’t remember the soldier’s name, why should I have? The war is long gone. The soldier is probably back in the U.S., and I remain a fervent peacenik.

JFK and the nuclear bomb

The New York Times recently ran an article about the nuclear bomb which, in my opinion, pretty much sketched where this country is with regard to nuclear weapons. It clarified so much for me. A new study, based on recently declassified documents, offers insights into how President John F. Kennedy resolved a comparable dilemma. “It went all the way to the top,” Andrew Cohen, a nuclear historian at the Stevens Institute of Technology in Hoboken, N.J., and the study’s author, said in an interview. “It’s clear that Kennedy was on the fence. But he decided not to go in the bomb direction.” Mr. Cohen’s book, “Two Days in June: John F. Kennedy and the 48 Hours That Made History” lays out the president’s 1963 pivot to diplomacy that helped make the groundbreaking arms treaty possible. He added that the disclosure of Kennedy’s calculated response to the Soviet’s demonstration of dropping a nuclear bomb showed his “deep revulsion for nuclear weapons.”
The explosive force of the Soviet device (set off on Oct. 30, 1961) was 50 megatons or equal to 50 million tons of conventional explosives. Recently the Russian nuclear energy agency, Rosatom, released a 30-minute, formerly secret documentary video that showed preparation and detonation of the mega-weapon. According to the Times article, “The blinding flash and churning mushroom cloud hinted at its gargantuan force. Its radioactivity shot into the stratosphere and circled the globe for years.”
Today, this is all history, and this is what we desire – nuclear weapons as past history.
Alex Wellerstein, a nuclear historian at the Stevens Institute of Technology, in a study published in the Bulletin of the Atomic Scientists, states that the Soviets were not the only power to contemplate using nuclear power. Edward Teller, one of the main scientists working on nuclear weapons, announced at a meeting that he was working on two super bombs – one would be 10,000 megatons, or 20 times as destructive as previously known. However, later, scientists and even the president, began to question the use of the bomb and called for a treaty to support him. In 1963 President Kennedy signed a treaty with Moscow.

We never had a conversation about racism when I was growing up. We always had what we called “the maid,” a Black woman who helped clean the house and did whatever chores were assigned her. I especially remember Nettie and Idella, Idella because she was always jovial and laughing, at herself as much as anybody. Nettie was also jovial but not quite as much and it was during her time with us that she proclaimed that our black pet cat was her brother. She would scuff around in her flat house shoes when explaining this fact. “He my brother,” she would say as she bent down to pet him, laughing all the while.
I don’t remember the names of the washerwomen who came once a week, did the washing in the basement using two deep cement tubs and a hand-operated wringer to remove the excess water. The clothes were hung on wires that occupied almost all of the back yard. After all, it was a family of nine – my grandmother and grandfather, their five children, one of whom was my mother, her four sisters and Barbara and me, the grandchildren.
This process took two days – one day for the washing and the hanging of the clothes and bringing them in when still moist, and the second day for the ironing.We had an electric iron, but the maid used flat irons, several of them, switching them back and forth on the gas grill as they lost heat, which was provided by several flat irons.
Long ago I asked my grandmother why the maid had to use the flat irons instead of the electric iron. She stopped what she was doing and searched my face as she explained the situation. She said, “Black people don’t know how to use electric irons.” I somehow knew better than to question her.
My grandmother is long gone but I think her attitude lives on in so many of us.