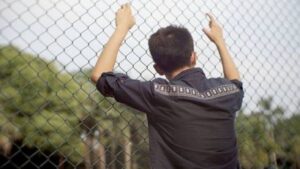 At a press conference in early January, Mayor Frey argued that schools should remain open in order to combat violent crime and increased carjackings often carried out by juvenile offenders. He specifically said, “When we don’t have that [schools open], boredom sets in. And boredom is no excuse for carjacking.” This is a gross oversimplification of the stresses faced by so many families over remote learning. These stresses disproportionately impact low-income families, many of whom are immigrants and/or people of color. These stresses range from lack of access to reliable high-speed internet, lack of computers or tablets for each child to learn on, lack of space to facilitate learning from home, and lack of access to affordable child care.
Just to give an example: take the story of Musab Hussein. In March of 2021 he attempted to rent a laptop to take a University of Minnesota exam and was allegedly denied because he didn’t “look like a U of M student” to the computer technician. He needed the laptop because five siblings in his family were juggling distance learning from three shared computers. Hussein was, at the time, an undergraduate student at Carlson School of Management with just one class to complete before graduation. I suspect his family’s circumstances reflect those of many families with children in the Minneapolis Public Schools.
In addition to the difficulty of simply learning when you have to share three laptops among five siblings, consider how likely it is that many of these families live in small apartments with no private outdoor space – no yard or even a balcony. Consider the logistics of multiple students trying to complete school work and videoconferencing, perhaps in the same room. Now consider how hard it was for many of us to socially distance in those early days of the pandemic, and many of us had entire houses with yards and far fewer children to drive us and each other completely up the wall. And those families were lucky. Many families faced the pandemic with a need for everything from electronic devices to internet to food to a roof over their heads.
Perhaps some kids turned to crime while schools were closed out of simple boredom, but taking just a moment to think of all the stresses faced by so many youths in our city makes the mayor’s comments seem petty and out of touch in the extreme. It should catalyze all of us to strive for better.
While the mayor paid lip service to protecting teachers, students and families from the pandemic, he offered an interesting solution: more police. The main actions he called for to solve this problem were: (1) keep schools open, and (2) recruit more police, in part by increasing pay. It is amazing that even when recognizing the importance of public education in crime reduction, the solution still ends up being more money for the police. This is especially ironic given that the major reason for schools closing in this current wave is that too many teachers and staff are out sick or quarantined to adequately run in-person schools. But we couldn’t possibly recruit more teachers or pay them more. Could we?