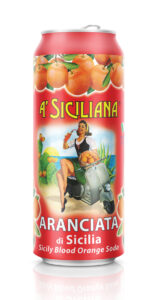 On Jan. 12, both Minneapolis and St. Paul, reeling from the high rates of new COVID-19 omicron variant cases, announced mandates for restaurants and bars to check either vaccine status or a negative COVID test within two days before allowing diners indoors. Although the two mayors announced this jointly, there were a few differences between the orders. St. Paul’s has an automatic expiration date of 40 days that can be overridden if necessary, while Minneapolis’s is open-ended until mayoral termination.
Another strange rule in Frey’s order concerned children under five, who are too young to be vaccinated. While the St. Paul rule fairly sensibly exempted them, Minneapolis originally announced that negative test results would be required for children two to four years old and only those under two would be exempt. However, the very next day, when queried about this on a radio show, Frey surprisingly answered that he wanted it changed, even though it was apparently his own rule. In any case, after a brief and embarrassing waffle, this rule was withdrawn.
The regulations went into effect for bars and restaurants on Jan. 19, and for ticketed events on Jan. 26. Almost immediately, a small coalition of mostly downtown and North Loop business owners sued both Minneapolis and Frey over the test result part of the mandate. On Jan. 29, a Hennepin County judge denied the plaintiffs’ request for a temporary restraining order, but a final ruling on the lawsuit as a whole is still pending at time of publication.

If you feel the alluring pull for a dietary “renewal” every January and have a vague feeling that you’re being played, you need to read this excellent piece by dietitian Christy Harrison in the Eater – “How to Avoid the shameless creep of Diet Culture’s ‘New Year, New You’ nonsense.” Harrison writes, in response to a question about the harmful side of the relentless “wellness” and “reset” messages that ramp up at the start of each new year, and how in particular people who have suffered from eating disorders can resist them:
“Constantly living in diet culture, and having a disordered way of eating and thinking about food be celebrated, (losing weight is something your doctor tells you to do, people in your life will praise you for it) makes it so much harder to recover from that behavior.
“In treating people with disordered eating, that’s how I became so acutely aware of the harms of diet culture. When you see them make a lot of progress in their recovery and that progress is just undone by a doctor making some comment or seeing an ad online that follows them around everywhere. It’s just a minefield out there, especially this time of year.”

Vitamin D at food shelves – could it help cut disparities?

One kind of diet advice I don’t resist is evidence-based recommendations on the best nutrition, whether from food or, if need be, supplements, to keep immunity as strong as possible. A key, and often overlooked, nutrient in the body’s complex immune system is vitamin D. This vitamin can be manufactured in the body, but requires sunlight as a component. Both lack of sunlight exposure and high melanin levels in the skin, as well as age and some illnesses, can lead to low levels of vitamin D, which in turn lead to immune deficiencies, which usually go undiagnosed.
Studies show vitamin D is especially beneficial to African Americans and other people of color in the prevention of COVID-19. So why does no one seem to know about this lifesaving information? (Source: the University of Minnesota, Center for Infectious Disease Research and Policy (CIDRAP) website. According to the City of Minneapolis COVID-19 statistics, 29% of those who have died of COVID-19 in Minneapolis were African Americans, while the percentage of the population that is African American in Minneapolis is only 19%. Native Americans fare even worse, with 4% of the COVID-19 deaths, for a demographic that comprises only 1% of the population in Minneapolis.)
Some food distribution sites in Minneapolis hope to add vitamin D supplements to their food shelves. If you can donate, or if you need vitamin D, call Fr. Robert Two Bulls at 612-791-1253. He is from All Saints Episcopal Church, one of the churches and food shelves that have agreed to distribute vitamin D as donations permit. 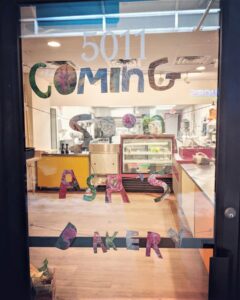 The popular Asa’s Bakery was supposed to be open by now according to what we knew when we wrote the January edition of The Dish, but as often happens, it’s taking a little more time than expected. They have departed the old space and put up signage at the new space, and are now saying mid-February. Follow them on Facebook for the latest news.

This is not an exhaustive list, but some permanent closings that may be of interest to readers include Trattoria Mucci in Uptown and the Black Dog Cafe in St. Paul’s Lowertown. The May Day Cafe, which took a long time to re-open, is now temporarily closed again. The Town Hall Brewery also closed temporarily. The Bad Waitress on Nicollet Avenue has remained open but with reduced hours. In fact, it’s getting to be a good idea to phone ahead routinely, as a lot of eating and drinking establishments are forced to change hours at the last minute, due to staff shortages, sick leave surges, and other pandemic fallout.

Part of the Rescue Plan Act passed in early 2021 was a $1 billion Guaranteed Loan Program for businesses in the food supply chain. Not designed to rescue businesses, but to help businesses in growth mode rescue the supply chain, this loan is available to “any business involved in the processing, movement or storage of food, whether it’s making a product or delivering products to their final destination, according to Joey Pardo, senior loan officer of Rural Lending at Live Oak Bank” as quoted in an article in the Minneapolis/St. Paul Business Journal. 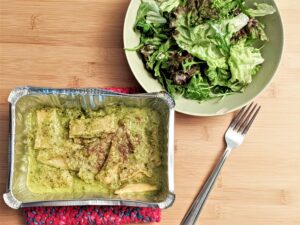 ie Meal Agnolotti with the writer’s own salad

Like many people, especially my fellow elderlies, I am not going out much. No, I am being coy; I haven’t been outside (literally) for about a month now. Perfect time to return to reviewing meal delivery and use it to check out the fare at a nearby eatery I have not managed to visit yet.
In fact, that’s partly its name – I refer to ie Italian Eatery on Cedar Avenue. I was craving pasta, and ie makes their own pasta from scratch, and they have some pretty fancy versions of it. Consequently, using Bite Squad, I ordered Agnolotti, a ravioli-like filled pasta from the Piedmont region of Italy. (The name derives from the local dialect word for “pinch,” referring to the shaping method.) The description was very promising: pistachio pesto, sage, ricotta, and brown-butter pumpkin. They had me at pistachio, to be honest.
The only other thing I ordered with this was a canned soda for later. A very fancy canned soda, to be sure: A’Siciliana brand Blood Orange Soda. I had fantastic organic mixed lettuces on hand and organic cherry tomatoes that were impossibly sweet for the dead of winter. So I made my own salad and waited anxiously for the food. It was one of the coldest, tempest-tossed evenings of the month, and I was glad I had generously tipped my poor driver, but he made it here and the dish even had a lingering memory of having once been hot. I reheated it in my trusty toaster oven in its original foil pan and tucked in.
None of the flavors disappointed. The pistachio pesto was as sumptuous as I had hoped. There was a brownish smudge that was perhaps a lightly toasted powder of sage leaves. (Or maybe it was plain brown butter and that was not a description of the pumpkin? Ambiguity is the downside of this modern rejection of punctuation and sentence structure on menus.) Whatever it was, combined with the pesto sauce, it gave the dish a complex flavor. The pumpkin filling was perfect, as was the light and delicate texture of the little pasta parcels. And it was just the right amount for a meal – hunger sated, but not overstuffed.
I also recommend A’Siciliana drinks if you can find them. Only one drink, but it supplanted San Pellegrino as my favorite soda. I hope to visit ie Italian Eatery in person once it warms up enough and try more of their offerings.