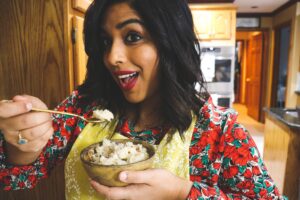 Now we know what’s going where Augustine’s was

A new restaurant under development by a couple with a recognized track record of great restaurants has been announced for the space on Selby Avenue in St. Paul previously occupied by the French bistro Augustine’s. Kalsada, which means “street” in Filipino, will be a modern restaurant serving the food of chef Leah Raymundo’s native Philippines.
Raymundo and chef John Occhiato, who are partners in life as well as business, said the space is perfect for their concept. “We’ve been toying around with this idea for a number of years,” Occhiato said. “Filipino cuisine is widely under-represented and super delicious, and we just kind of wanted to show it off.” The couple currently own and run Stella Belle and Cafe Astoria. They are expected to open Kalsada in April.

They’re being a little bit coy about the actual “birth” date. Perhaps it’s disputed, or perhaps they just literally don’t know. But sometime in the past month, or maybe a near-future month, the Seward Co-op will turn 50 years old. Celebrations will be low-key and directed outward to the co-op’s valuable and needed community.

In January, the co-op hosted a showing of “The Co-op Wars,” a recent film by Erik Esse and Deacon Warner documenting the weird chapter in Twin Cities and cooperatives and leftist politics history of that name, a “war” that the Seward fought a major battle in (and won).
They are also offering a free download in PDF form of a book about their specific history, written by Patricia Cumbie and Kari Cornell, on the occasion of their 40th anniversary. It’s really great, profusely illustrated, and featuring all the food and co-op heroes that have made the Seward what it is today. Here’s the link to download it: seward.coop/wp-content/uploads/Growing-with-Purpose-final.pdf.
Also, put a thumbtack on your calendar for the Annual CSA Fair, which will be especially celebratory, happening on Saturday, April 23 from 11 a.m. in the Seward Co-op Creamery parking lot and online.

In praise of coloring at the table

I am too old to remember coloring at the table in a restaurant. Not to say that I can’t remember stuff about my childhood (although, in truth, I can’t) but because my childhood dates to before restaurants were that family-friendly. Real restaurants were for adults, and when you got to go to one with your parents, you were expected to act like a little adult, a thing I pretty much excelled at. I do remember my much younger siblings coloring at a restaurant or two, and definitely my kids, who were babies and toddlers during a period of my life when restaurants were cheap and life was hard, so we went out to eat almost constantly.
Recently I have come to find out that, according to the online magazine Eater, coloring at the table is for adults now, too! Well, bring it on, I say. For me it’s not nostalgia, it’s making up for lost time. Or just call it my long overdue second childhood. 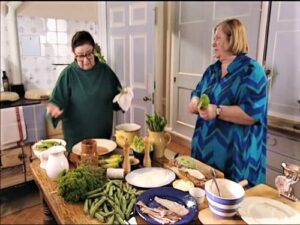 The ‘Two Fat Ladies,’ a
popular cooking show from the late 1990s

I first saw “Two Fat Ladies” on TPT Channel 2 while I still lived in the U.S. When I moved to the U.K. in the fall of 1998, they were just at their peak of global popularity, soon to be eclipsed in the U.K. by the likes of Jamie Oliver, Nigella Lawson and Hugh Fearnley-Whittingstall (whom my British wasband called Witless Hugh Fearningstall).
To me, they will always hold a special place in my heart. I found myself totally agreeing with this piece in Eater – www.eater.com/22921882/remembering-two-fat-ladies-the-perfect-cooking-show. My favorite recipe of theirs is muttachar, a kind of coconut milk-based curry with hard boiled eggs as the protein.

In case you haven’t heard, the unionization trend has come to Starbucks workers. According to Eater:
“The massive, Seattle-based coffee chain has seen a wave of unionization across the country, with workers in more than 100 locations in more than 19 states organizing unions. The company hasn’t exactly been welcoming of these new unions, and organizers say that Starbucks has engaged in a wide range of union-busting practices, from actively encouraging employees to vote against unionizing to allegedly firing workers who were involved with union organizing.”
www.eater.com/22925565/starbucks-union-wave-explained 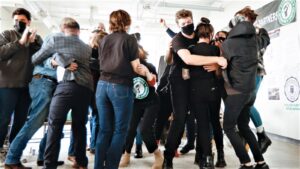 One of my favorite sources for food and beverage news (well, 99% beverage, in fact) is a blog called “Fingers,” authored by a craft brewing enthusiast named Dave Infante. His tally, quoting from Huffpost’s Dave Jamieson, is 97 locations in 26 states as of mid-February, but Eater just updated their posting on Feb. 28, so all told I think it’s over 100 in at least 26 states now. (And Minnesota is one of those states. Last month it was announced that the Starbucks on Cedar Avenue in Minneapolis and Snelling Avenue in St. Paul are undertaking a union drive.)
Infante has a great time dumping on Starbucks management for its clumsy online attempts to fight the wave in his piece, “Wake up, Babe, new Starbucks anti-union website just dropped!”
The coffee giant aggressively fought the inciting drives at three of its Buffalo-area stores in December 2021 with conspicuous in-person visits from executives, but with the labor-organizing flames lapping at its corporate control of locations across the country, a more scalable strategy was in order.
Thus: One.Starbucks.com, a slapdash website chock-a-block with warm ‘n friendly graphics and content designed to “help their store partners to get informed” (read: scare their workers out of unionizing). It’s a momentous occasion in the life of any corporate anti-union campaign in the online age, and though Starbucks was a bit “late to the party” (as labor reporter Kim Kelly put it drily), it made its inevitable digital debut earlier this week. 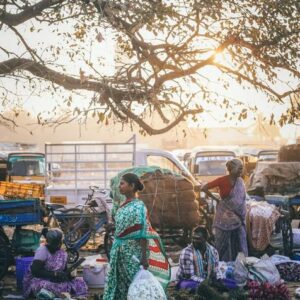 I really haven’t been out to eat or drink anywhere in two months now. And my enthusiasm for having food delivered has dried up, along with the discretionary funds for such speculative indulgence, as the long, cruel winter ground on.
So I’m back, just briefly, to trying out new things, this one a sort of a meal kit. The Cumin Club is the brainchild of Ragoth Bala, who, as a graduate student in Chicago, missed his family’s home-cooked Indian food and found that Indian food in the U.S. just wasn’t the same. In 2019 he founded The Cumin Club, aimed mainly at other Indian expats in the U.S., but it has caught on with us European types and others.
The Cumin Club has now branched out into virtual restaurants called The Cumin Bowl. These are based on three things – The Cumin Club for recipes and inspiration; Chipotle for the “build your own bowl” concept; and the pandemic for the idea behind virtual restaurants, where there is a delivery system, an online ordering system, and a “ghost kitchen” to prepare the fresh food. So far, there are only two cities with Cumin Bowls – Chicago and Atlanta – but the plan is to roll it out to most metro areas by the end of 2022.
For now, our only option here in Minnesota is The Cumin Club. These meals are very affordable at around $5 per serving, but apart from the exotic taste, they are kind of bare bones, leaving such trappings as side dishes and dessert up to you. Although the website doesn’t say this outright, they are all vegetarian, but most contain dairy. You can check out the menu (which is growing all the time) and the FAQs and figures, at www.thecuminclub.com.
On the other hand, besides being cheap, they are fast. I ordered six meals and have so far had three of them. For each one, the total prep time was less than ten minutes. All were prepared the same; bring 9 ounces of water to a boil, stir in the contents of the packet and reduce heat to simmer, stir while cooking for 2 to 5 minutes, turn off the heat and let it sit covered for a few more minutes while you warm up the “bread” (roti for some, and these papad things which are like thin crackers of chickpea flour for others). The ones that contain paneer have a two-step process where you cook the paneer a few minutes longer by starting it first, but still it’s never more than 10 minutes.
This is not the usual dehydrated food; it’s a far cry from cup-a-soup or ramen noodles. The claim is that the meals are prepared in restaurant-grade kitchens in India and preserved by an ancient technique the founder calls “dry-and-fly.” The proof is in the eating, and it is hard to believe these things came from a packet when you eat them. The spices are vivid and the overall effect is of freshly prepared food.
The six meals I am trying out are Pav Bhaji, Paneer Bhurji, Kadhi Chawal, Dal Chawal, Palak Paneer and Veg Mili Juli. I have tried the last three already and will do the other three soon. I usually have some yogurt and a cool lemonade or iced tea along with them, and also make rice if the meal doesn’t already contain it, and maybe add some fresh cilantro garnish if I have it on hand. The meals are single serving packets, so take that into account if you are more than one. You can combine them in preparation, but only if they’re the same meal.
In case you’re skeptical that I can be qualified to review a meal kit designed for Indian expats, I did manage to rummage up one Indian-American food blogger who positively reviewed The Cumin Club : Ann Ittoop who published this review in Brown Girl magazine – browngirlmagazine.com/2020/01/if-youre-missing-homestyle-indian-food-cumin-club-should-your-weekly-meal-plan.
Although I wouldn’t want to have an active meal plan with them and eat their meals constantly (but that’s true of anything, even, say, my 10 favorite dishes) I will order some more from time to time. Your order is completely customizable, based on what is available at the time, and for now they have around 20-plus choices. And I am eagerly looking forward to The Cumin Bowl coming here!