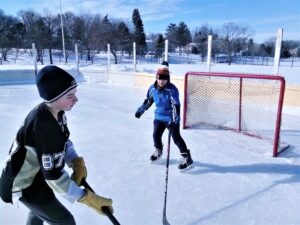 Matthew Arifin tries to block Jack Skoglund from taking a shot to the net at Pearl Park.