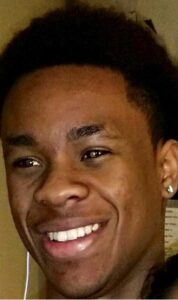 The Minneapolis Police Department has once again killed a young Black man, practically in his sleep, when officers served a “no-knock” warrant – a type of warrant the voters of Minneapolis had been led to believe was banned by Mayor Frey. How did this happen? In spite of Mayor Frey talking about the need for strong leadership, transparency and accountability, we have seen very little. The one exception is the leadership shown by Nekima Levy Armstrong when she got up and held the mayor and interim Police Chief Amelia Huffman to account as they tried the “business as usual” tactic of deflecting blame from the shooter, Officer Mark Hanneman, or the system by criminalizing Amir Locke, the victim.
There has even been talk about whether Mayor Frey should resign over this incident when the claim to have banned no-knock warrants was perceived by many to be an important part of his campaign for re-election. In fact, his November 2020 policy only required that the police announce themselves before they cross the threshold into a residence, but even that was “most cases,” which allowed for no-knock warrants to basically continue unchanged. I think he should resign; I also don’t think he will.
The idea that in this country we have the “castle doctrine” wherein homeowners are permitted to shoot home intruders while at the exact same time we have a method of warrant where police officers barge into people’s homes would seem to be the definition of insanity. But, as Ijeoma Oluo points out in the title of her introduction to “Mediocre: The Dangerous Legacy of White Men in America,” the system works as it is designed to. It is seen as acceptable to shoot Black and brown people in their own homes because we as a society criminalize them for their skin color. This was on full display when the MPD listed Amir Locke as a “suspect” in their initial press release and, when confronted on this, doubled down and insisted they were “still investigating” his role in the crime. If we accept that explanation then everyone tangentially connected to any person under investigation is technically a “suspect.” That seems legally untenable to me and perhaps even unconstitutional.
For many of us, this feels like an inevitability. Over and over again we see claims of reforms made, only to find out that somehow the touted reforms have no real impact on policing. In the past few years we have seen the same thing again and again: a person is killed, “reforms” are made, a few months pass, another person is killed. Whether it’s improved training, body cameras, or claims of getting rid of no-knock warrants, somehow the “reforms” that are possible end up not changing a damn thing. This is why some of us don’t believe that reform is possible. This is why efforts to defund the police, meaning allocate some of the financial resources now going to the MPD to things like mental health resources and crime prevention, have gained support in recent years. The more these incidents occur, the more people will shift from a position of “defund” the police to a position of “abolish” the police. Hint: “abolish” the police IS what the establishment hacks said “defund” was.
But some things are changing – have changed. In 2016 when Philando Castile was shot dead by an officer during an unnecessary traffic stop for lawfully owning a gun and lawfully informing the officer of that fact we heard not a peep from traditional gun rights advocates. This time the Minnesota Gun Owners Caucus has released a statement affirming Amir Locke’s rights as a law-abiding gun owner. While City Question 2 on the ballot last fall didn’t pass, it didn’t fail either. Over 43% of voters wanted to replace the Minneapolis Police Department with a Department of Public Safety, and that was with a concerted disinformation campaign claiming that it would get rid of the police completely.
Maybe police reform can solve all of the problems of policing and we won’t need to make major changes like defunding or abolishing the police. But that means those in power have to actually make those changes. This isn’t something that can be solved with PR or spin. This past fall voters also moved Minneapolis to an executive mayor system, which means Frey has no more excuses. The buck stops with him or not at all.
Stop killing Black people!
How is this so difficult?
Is it because the system is working as it was designed to work, and too many of us are OK with that?