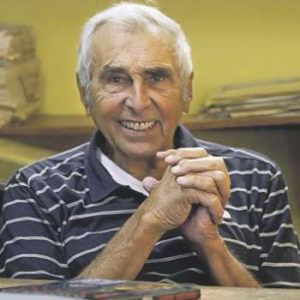 The recent turmoil surrounding New York’s governor is a wonderful example of the lessons the Greek ancients tried hard to teach us. But we are slow learners.
Andrew Cuomo is the smartest guy in the state. Honest. I grew up with guys like that. Not many, but memorable. They beat the pants off me on every test. They won every game. They were quick, clever and smart.
So, how might I compete?
It wasn’t gonna be in a classroom or on a quiz show.
Gradually—ever so slowly—a light began to dawn. Hard work and hard study. Humility and introspection.
How did they—or I—lead our lives? What were their choices? How wise their judgments? How penetrating their insights—into themselves and the world around them?
“If you’re so smart, why ain’t you rich?” One of the wisecracks hurled about on Brooklyn streets as I hung out.
Guys drank, gambled and pissed away their lives. Gals spread their legs and struggled ever after to raise fatherless progeny.
A rare few studied, saved, invested (in the only two vehicles available to workers—real estate and stocks) and employed the miracle of compound interest.
These isolates went on to get educations, good jobs, married sensibly, behaved responsibly and enabled their loved ones to succeed. If the formula is so obvious why ain’t we all using it?
Get wisdom—that font of insight enjoins, and with all thy getting, get understanding.
Wisdom means employing good judgment. It means doing the right thing; paying your bills; telling the truth; learning from such great teachers as Shakespeare, Thucydides, Sophocles, O’Neill, Charlie Chaplin (though not perhaps in his private life—the distinction between artist and his/her art is real)—and on. The few savants possessed acceptance, humility and introspection.
If it’s all so simple, why ain’t we doing it? Why ain’t we rich?
Well, it is simple—to describe—but damned difficult to follow.
We live in a country that reveres intelligence, and rewards it. Wisdom, not so much. Bill Gates is a lot more famous than the unknown sage.
Is there anyone humble, wise, introspective and revered who—like Gandhi or Jesus or Buddha—we know of and imitate?
Not so much.
Wisdom is in short supply—and it doesn’t even pay well.
Why bother?
I studied the very few intimate friends I made with fierce intensity and over many years. My closest friend, a compulsive, seriously addicted gambler, punished himself by losing everything. I finally figured out he was flagellating himself for harboring sex fantasies about his mother.
Another was a drama queen who needed the spotlight and center stage and created chaos to get them. A buddy shocked me one day through the vehemence of his defense over our disagreement. It was a revelation that I’d been assaulting his ego, and his defense was hysterical.
A very accomplished couple raised four children. It was a focused, driven project, and the kids turned into brilliant successes—but were forced to endure unhappy marriages and tried burying a lot of tension and unhappiness. They escaped into success without satisfaction.
The most talented and smartest of my rivals in the NYPD wanted acceptance and sank into “one of the boys” syndrome of good fellowship and pub crawling.
Yes, it’s about sex, power and money. But you’d better work other ingredients into the mix if you want satisfaction.