Racism is alive and well at the Park Board! 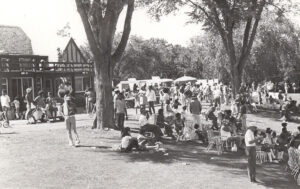 Racism is alive and well at the Park Board, as the Hiawatha Golf Course project has revealed. The Black community has golfed there since it was built in the 1930s. Now, the Minneapolis Park Board was presented with a plan that would retain the 18-hole golf course and actually improve the park. But five white commissioners still seem bent on destroying Hiawatha Golf Course.
Why is this a racist decision? It is a golf course that serves the Black community from all over the city, and the Black community has said that they want and deserve a regulation 18-hole golf course. The Park Board’s plan would create a sub-standard nine-hole “executive” golf course. It’s like telling a baseball player to go play T-ball.
This is not new. Until the 1950s, Black golfers could play on Minneapolis golf courses, but they couldn’t join the Men’s Clubs. Because the Men’s Clubs received preferential benefits, including official state handicaps, this effectively denied these privileges to Black golfers. The Twin City Golf Club, a Black golf organization, appealed to the Park Board, and was given a lukewarm decision. In 1952, the Park Board required the Men’s Leagues to show that their constitutions did not bar members for race, creed or color. But it still allowed clubs to blackball applicants. Only Hiawatha Golf Course and the Twin City Golf Club immediately provided the necessary documentation to comply. Shelton Granger, executive secretary of the Minneapolis Urban League said, “We had hoped to make it the responsibility of the park board to see that we have an integrated system on the courses. This action recognizes a system of voluntary segregation and gives it support by allowing it to continue.”
Exactly 70 years later, it seems that we haven’t progressed at all. The Hiawatha maintenance budget is abysmal, and the Park Board is offering another “partial loaf” to the Black community. This is especially egregious because there is a solution to keep the 18-hole golf course. That shows the underlying “Minnesota racism” from the white community and the Park Board. They don’t care what the Black community wants, while claiming that they are for total equity.
I have heard the following condescending language from supporters of the Park Board plan. “It’s a compromise,” and “This should be good enough,” and “This will be better for you,” and “We will do all of these other things for you” – as if the Black community needs a benefactor with great wisdom.
What they are really saying to the Black community is, “Here is this crappy nine-hole golf course, and we’ll throw in some plaques for you about the history that you used to have here. That should be good enough. Now go away and accept it because we are the great white decision makers, and we can do what we want because we have the power.”
Hiawatha Golf Course is the most diverse golf course in the state of Minnesota, serving Blacks, Hispanics, whites, Native Americans and Asians, of all ages and income levels. Yet some Park Board commissioners want to destroy it based on a mountain of lies about fictitious problems. Will Meg Forney’s leadership show that the Park Board is still back in the racist 1950s, or will they move into the 21st century?
If they vote to stay back in the 1950s, I am truly ashamed to be a white person!