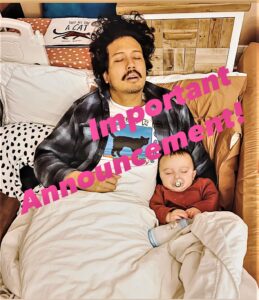 Several months ago, Aldi closed their store in the Hi-Lake Shopping Center. Ever since the Aldi opened in part of the former Rainbow Foods space at Lake and Minnehaha, there had been two Aldis in easy walking distance of each other, which is not a good strategy. So the closure was not surprising and is a smart move for the Aldi at Lake and Minnehaha. It’s a great store, and you can save money shopping there.
The popular Asian fusion restaurant Dumpling closed last month. The owner and chef Bunbob Chhun recently became a first-time father, and quite understandably found it difficult to balance that role with the demands of running a restaurant (especially one where you’re also the chef). The space is open for leasing.
Glass Endeavors closed at the end of March after more than 25 years in business. They will be sorely missed, and their departure is part of the changing dynamics of this creative hub of South Minneapolis. Below we will mention what’s happening with the building.

We’re going to mention some activities on Lake Street in spaces that are a few blocks east of Minnehaha in that it forms the hub sometimes called Downtown Longfellow. The retail spot next door to the east of Merlin’s Pub has been opened as the first brick and mortar outlet of Laune Bread, a Seward-based bakery that was formerly available by subscription and home delivery. This is a very fancy bakery now, with interesting varieties of sourdough bread and an extensive pastry menu. They still do subscriptions and have an email newsletter as well.
I interviewed my DSA comrade, Tim S., about their new gig as an advocate at Primero de Mayo, a workers’ center located at 3521 E. Lake St. which celebrated its one-year anniversary on May 1. The center is devoted to supporting and organizing workers in the Latino community with problems or challenges both job-related and general. Tim works with organizer Elmer Santacruz, a veteran of CTUL (another workers’ center located on Chicago Avenue) and many workers’ rights campaigns.
They serve workers in the construction and other industries, along with jobseekers and people needing help with housing, finances or legal issues. Their advocates refer clients to attorneys when appropriate, but can also deal with common issues such as wage theft or OSHA violations by sending a standard letter to employers. Because often these are simply ignored, Primero de Mayo has lately been using “direct actions” with better results, including such things as informational picketing of a headquarters office or the private home or church of a principal employer.

Arbeiter Brewing isn’t a newcomer in its spot just south of Moon Palace Books (in fact, they share a building). But their taproom was a long time in coming, and I was then even longer in getting around to checking it out. I finally had a chance to do that in April, when I had a very nice Milk Stout there and soaked up the atmosphere. It’s a smallish to medium-sized taproom, with one food truck in the lot outside. They sell cool merch as well as over a dozen varieties of lager and ale, and crowlers to go. Highly recommended.
Ricardo Levins Morales Art Studio, at 3260 Minnehaha Ave., remains closed to in-store shopping due to the pandemic, but their online store is thriving at rlmartstudio.com. There you can order prints, posters, greeting cards, buttons and more (all union-made in the U.S.), with curbside pickup if you’re local or shipping if not. As one of the many testimonials to this visionary South Minneapolis artist and activist states: “RLM’s work is a balm. It speaks to my heart, stimulates my thoughts, and invigorates my drive to make social change.” 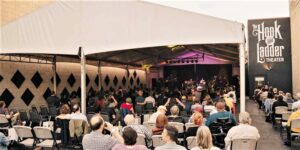 I have one more opportunity to rhapsodize about the libraries being open. Forgive me for going on and on about it, but it’s so true what Joni Mitchell said – you don’t know what you’ve got till it’s gone. Use your public library while you have it! The East Lake Library is very convenient, open 48 hours a week, and has an interesting meeting room you can reserve rent-free.
Hook and Ladder Theater & Lounge, in the renovated firehouse at 3010 Minnehaha Ave., has closed, reopened, closed again, etc. along with other entertainment facilities as the pandemic waxed and waned. It is right next door to the burned-out Third Precinct building, but fortunately survived with repairable damage only and no fire, due in part to the vigilance of Moon Palace/Geek Love Café owner Jamie Schwesnedl and others, who are said to have watched over the buildings on the block night after night during the George Floyd uprising. Last summer, Hook and Ladder debuted their hugely successful outdoor series “Under the Canopy,” which returns this year. There are also indoor events.
All Square is open Tuesday through Friday, from 11 a.m. to 3 p.m. They reopened mid-February, posting this message on their website: “Due to the tragic murder of our brother, Randall Smith, the restaurant was closed for 6 weeks.” All Square is a social enterprise behind a gourmet grilled cheese sandwich restaurant. The social nonprofit part works with ex-offenders. The organization has recently launched The Legal Revolution, described on their website thus:
“The Prison-to-Law Pipeline is a program that is facilitating the country’s first ABA-accredited paralegal and legal degrees for currently incarcerated scholars. The aim of the Pipeline is to democratize legal education by putting the keys to the law in the hands of those most impacted by it.”

Great news for science fiction and mystery book fans: Uncle Hugo’s and Uncle Edgar’s (“the Uncles” for short) will be returning in a new location. While selling books online, owner Don Blyly raised money through both crowdsourcing and a grant from the Lake Street Council to reopen a physical space, and purchased the building at 2716 E. 31st St. in the heart of Downtown Longfellow (the former site of Glass Endeavors). They hope to open in June or sometime later this summer. You can sign up for the Uncles’ email list at http://www.unclehugo.com/prod/mailTo.shtml and get updates on their merchandise, the new store, volunteering, or applying for a job when they open. 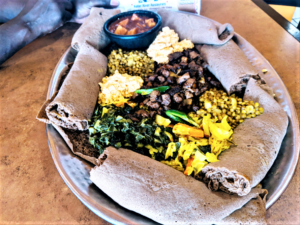 There are at least three Ethiopian restaurants along Minnehaha Avenue. The one furthest north is Katar River Restaurant & Bakery, serving their delicious Ethiopian and East African cuisine at 2751 Minnehaha Ave. S. since 2008. Their menu includes a wide variety of both meat and vegetarian entrees, plus their famous injera and other baked goods. They have inside dining, take-out and a delivery service called Menufy. Unlike many delivery services, you can even get wine or beer delivered, as well as jars of Ethiopian honey.
The other two are very close, more or less across the street from each other. The first is Selam Cafe, 3860 Minnehaha Ave. S., which grew gradually from a coffee shop, to a coffee shop with a few food items, to a full-fledged restaurant, though still fairly small. Their Ethiopian coffee is to die for, as are their vegetarian sambusas. They do not have delivery and are closed on Tuesdays.

The last one is Meseret, located at 3867 Minnehaha Ave. S. They have delivery, through either GrubHub or DoorDash, and they also do catering. And I do appreciate their simple-to-remember hours – seven days a week, 11 a.m. to 10 p.m. 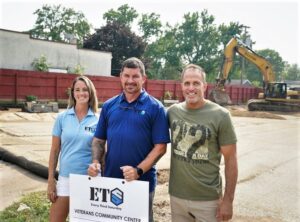 Every Third Saturday – a gathering place for veterans

We’re ending up with a look at a veterans’ gathering place called Every Third Saturday (ETS). This is currently, and for a few days more, located at 4303 E. 54th St., but will be moving into a brand-new purpose-built building that will enable them to take their program to the next level. The new building is very nearby, at 5402 43rd Ave. S.
Co-founder Tom McKenna, himself a veteran, was very hands-on in the design of the new building, with adaptations that will account for the psychological needs of veterans. It includes a Veterans Resource and Empowerment Center, a coffee shop, a private patio, and a specially designed fitness center. A key part of ETS’s mission is a free store, giving veterans in need clothing, shoes and personal gear. The store is designed to be bright, clean, and organized “like a proper store, not a giveaway pile,” according to McKenna. The coffee shop will also be an employment project for veterans. The grand opening for the new center is May 25.