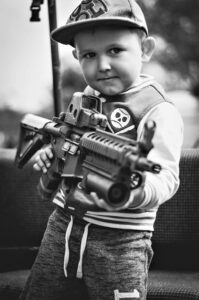 In my home state of Texas, laws have gone gun-crazy. And Minnesota isn’t as sensible as I believed.
For conceal and carry permits, laws were changed from “sheriffs may issue” – allowing some caution – to “shall issue,” putting more guns in public places. Echoing national challenges, the Minnesota House passed a “red flag” law allowing temporary removal from people “deemed to be a danger to self or others.” The Minnesota Senate blocked it.
In Minnesota, you must be 21 to buy a gun, live in the county of purchase, not be in a gang database and provide a certificate of authorized firearms training. The U.S. Senate bipartisan work group, responding to the Buffalo and Uvalde massacres, and attempting new gun safety laws, does none of these things.
Most infamous mass shooters were legal gun owners.
Republicans’ “mental illness” mantra after mass shootings is a distraction. People with mental illness are far more often victims than perpetrators of violence. Two months before the Uvalde attack, Texas Gov. Greg Abbot cut mental health services by $200 million. The Senate’s gun safety framework raises such funding.
Semi-automatic weapons with high-capacity bullet magazines – favored by mass shooters – remain untouched.
What about daily gun violence, often by felons prohibited from possessing guns?
Progressives calling for criminal justice reform won’t find anyone answering phones at the Minneapolis Office of Violence Prevention. Director Sasha Cotton leaves July 15 for another job. Here’s Minneapolis’ murder rates during her tenure: 2020 – 119; 2021 – 261; by early June 2022 – 222.
John Turnipseed, head of Mad Dads, has been working for 22 years to redirect males from criminal paths. “Crack and opioids make money … to protect that money, you need a gun. There’re more guns on the street now – and they’re more powerful,” says Turnipseed.
One avenue for felons getting guns is “straw purchases,” where legal gun owners buy guns for felons. In Minnesota, that’s a gross misdemeanor, punishable by one year imprisonment and a $3,000 fine.
Shun Tillman, 3rd Precinct crime prevention specialist, says, “Straw buyers should have higher penalties. They should be held accountable.”
Minneapolis Police Public Information Officer Garrett Parten expressed frustration: “People with multiple violent felonies are let out on a regular basis. Why? Even with illegal guns, they’re let go! Hennepin County needs to answer why.”
No person answered Hennepin County Attorney’s office phones, and there was no response to messages.
Turnipseed and Tillman (both African Americans) agree that dysfunctional families living in poverty – some as intergenerational gang-members – are the root of much gun violence. They concur that stopping cycles of violence requires long-term strategies including strengthening families; investing in housing; education supports; after-school programming; youth jobs; and counseling.
Half of mass shooters have domestic violence histories. How does domestic violence or the aftermath of divorce impact children? Do schools actually address bullying, engaging both victims and perpetrators?
Plenty of violence is “conflict resolution by gun,” unrelated to crime. “Hurt people hurt people” is true.
Ignoring easy access to guns undermines solutions.
Four years ago, my friend “Sophie” struggled with her adult son’s return home while in a mental health crisis. He refused counseling. Unemployed and socially isolated, his depression deepened, and aggressive outbursts escalated.
“Are there guns in your house?” I asked.
“Yes,” she told me. “In the basement.” Her husband used to take their son hunting.
“You have to get those guns out of the house!” I said.
“I’ll ask my husband,” she said. I reminded Sophie that her husband’s sole reaction to their son’s problems was, “Get a job!”
“Maybe police could help?” Sophie said.
I faced this growing up in Texas, surrounded by intergenerational domestic violence, child abuse and guns.
I was 13. One night, in an alcohol-fueled rage, my grandfather held my grandmother and me hostage at gunpoint. Later, I hid the rifle in the alley culvert. When my grandfather reported his rifle stolen, police came. One officer took me outside. I explained what happened, saying I’d called police many times about my grandfather’s violence. He replied, “It’s not safe to have a gun out there. Kids could get hurt with it.”
“If I show you where it is, will you take it away?”
He said yes.
The police returned the rifle to my grandfather.
In most states, including Minnesota, police won’t remove guns “until someone gets hurt.”
I persuaded Sophie to bring the guns, wrapped in black trash bags. We deposited them in garbage dumpsters.
The next day, her son went down to their basement. He slammed cabinet doors and overturned boxes, cursing loudly, and stomped back to his room. He was looking for those shotguns.
After the 2018 Parkland school shooting, Florida passed red flag laws when Republican U.S. Sen. Rick Scott was governor. It’s estimated that law prevented the deaths of over 6,000 Floridians who were at risk for suicide.
The Senate’s proposed red flag law was dropped. Republicans claimed that “vengeful women could use it to take men’s guns.”

On June 23, the U.S. Supreme Court ruled that a New York law making concealed carry permits difficult to get is unconstitutional, effectively putting more guns on the street.
The U.S. Senate and House passed the bipartisan gun safety bill, and President Biden signed it on June 25. The bill includes money for child/family mental health; incentives for states to implement red flag laws; including juvenile records in background checks for gun purchasers aged 18 to 21; and higher federal penalties for gun trafficking and straw buyers.

Lydia Howell is a Minneapolis journalist.