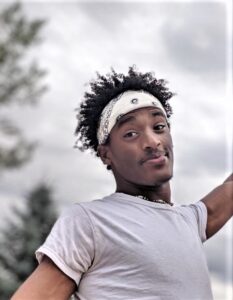 After putting our 5-year-old to bed the night of Wednesday, July 13, I realized there was a helicopter flying around outside. It’s not all that unusual to hear helicopters from our house, sometimes going to or from the nearby hospital, but this was persistent and constant. A little after 10:30 p.m., a neighbor posted to the Seward E-Democracy forum that 19 squad cars were at the Holiday Station on Franklin, and Pizza Luce had been told to close by the police – there was an active shooter situation. After seeing the email I checked in with our neighbor who is not on E-Democracy, and she quickly pulled up more information from Crime Watch. The most recent information was an hour old and as we texted I realized that the helicopter was no longer circling. At this point it was after 11 p.m., so I assumed that whatever was going on was pretty much over. The next morning I woke up to discover that at 4:30 a.m. on Thursday, July 14, the police had decided to execute Andrew “Tekle” Sundberg in what some are calling “suicide by cop.”
Those familiar with this case will be aware that Sundberg began shooting, apparently within his own apartment while alone, at around 9:30 p.m. His neighbor, Arabella Foss-Yarbrough, called the police after a bullet flew through the wall and into her apartment as she and her two small children sheltered in the bedroom. She ran to let the police into the building; the police got her sons out of the apartment and evacuated the rest of the building. Many point to the imminent danger to Foss-Yarbrough and her children as justification to shoot and kill Sundberg, but they had been removed to safety for hours by the time Sundberg was shot. What the police did that was heroic that night had nothing to do with them shooting anybody, what they did that was heroic was that they rescued a mother and her young children from gunfire and evacuated the building and surrounding area. There are major questions as to why that broke down when it came to Sundberg himself; it’s unclear if mental health professionals were even on the scene.
When the snipers shot Sundberg it was not a heroic moment. It was a cold, calculated execution. We as a society have the collective delusion that guns are heroic, guns are strong, guns solve problems. We would benefit greatly if we would recognize strength beyond weaponry; the heroes of this story are the police who risked their own safety to rescue those children and evacuate the building, not the snipers who took the shot from a building away.
The thing that stands out to me most about this situation is that Sundberg seems to have been in his apartment by himself. Admittedly I am not a medical expert but, based on my experience, it would seem that Sundberg was dealing with some form of psychosis or hallucinations at the time of his death. I think it is fair to question how much he understood of the situation he was in. This is very different from someone with severe depression who instigates an attack to achieve suicide by cop.
Many people want to highlight this situation as an example for why we need a strong, well-armed police force. Those of us in favor of defunding the police would argue that better access to mental health resources before people start shooting up their own, and their neighbor’s, apartments would be far more beneficial. When the Minneapolis teachers’ union was striking, improved mental health services was one of their main demands, and yet our governor refused to support them, even as our state sits on a sizable budget surplus.
In addition to proactively funding more comprehensive mental health services, we really need to break down the stigma surrounding mental health issues. We need to make sure that people and their families are willing to seek out diagnosis and help without feeling that there is something wrong with them.
In the meantime we need to accept that we are choosing to live in a world of gun violence – gun violence that can, and increasingly will, happen anywhere. There will only be so much any amount of funding our police can do for us once the bullets start to fly. Uvalde, don’t forget, budgeted over $4 million dollars (37% of their general fund) to their police force and it neither prevented nor satisfactorily resolved the devastating attack on their school.