Get ready to VOTE 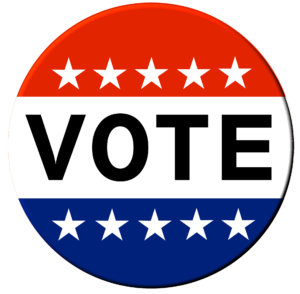 For the last three elections, Minnesota was number one in voter turnout, at almost 80% participation.
One reason for such high participation is Minnesota’s Election Day (“same day”) voter registration, passed in 1973.
“It’s not just the absence of obstacles, but the presence of good laws. I use the baseball call of ‘the tie goes to the runner.’ In Minnesota, the tie goes to the voter,” says Minnesota’s three-term Secretary of State Steve Simon. “Over the years, we cleared obstacles in the path of voting. The idea of access for the voter has been deeply bipartisan. Minnesota was only one of three states to pass Election Day registration. Now, it’s still only 15 or 16 states. Same day registration is the jewel in the crown of voting.”
“Voter registration simply means show me you are who you say you are and you live where you say you live,” Simon explains. “There’s a long list of things you can use to prove that at mnvotes.gov.”
Requirements to vote: be a U.S. citizen, a resident of Minnesota for at least 20 days, and 18 years old by election day. Being convicted for a felony does not stop you from voting, as long as you’ve completed all your sentence and are not “on paper” – that is, you’re not on parole, probation or supervised release.
Simon is part of a coalitionworking to end the “on paper” block to voting.
Minnesota recognized African American men’s right to vote in 1869 – a year before the 15th Amendment to the U.S. Constitution did so. White women in Minnesota won voting rights in 1920, while women of color still struggled (depending on the state they lived in). Indigenous people marginally won voting rights in 1962, strengthened by the 1965 Voting Rights Act. Obstacles remain, as a Native American Rights Fund 2020 report shows, including non-traditional addresses (on reservations) and no address due to higher levels of homelessness (outside reservations), and fewer opportunities for voter registration.
Since 2020 was a U.S. census year, districts may be redrawn and polling places for in-person voting might be changed. Check mnvotes.gov for up-to-date information.
In the wake of Donald Trump’s Jan. 6 attempt to overturn the 2020 election of President Joe Biden, some are questioning Minnesota’s voting system, expressing concern about election day voter registration. Simon is reassuring about the state’s cross-referencing system. “We catch people who are double-registered. Double voters are very rare. Actual voter fraud in Minnesota is microscopic.”
Simon’s likely challenger is Minnesota Republican Party-endorsed Kim Crockett, who echoes false claims about voting and fans fears rooted in bigotry. At the Republican Party’s state convention in May, Crockett referred to George Soros as a “puppet-master controlling elections” with strings attached to Simon, who is also Jewish. These are antisemitic slurs, common among right-wing conspiracy theorists.
Like other Trump Republicans, Crockett attacks how absentee ballots were more easily available during the COVID-19 pandemic, calling it “an insecure chaotic absentee balloting system.”
Before COVID, about 25% of Minnesotans voted by mail. In 2020, that rose to 58%.
“Vote by mail worked really well,” Simon says. “We should be proud that people didn’t have to choose between their right to vote and their health.”
Vote by mail is a two-part process. First, ask for an application for an absentee ballot. (In Minneapolis call 612-673-3000 or email [email protected] Fill it out and return promptly in the provided envelope. Ask for a ballot for the Aug. 9 primary election (vote for candidates in only ONE party), the Nov. 8 general election, or for both. (You must provide a postage stamp for the application.) Next, when you get your ballot(s), carefully read the instructions. You will need to have a witness for your ballot (mate, family member, neighbor). Decide on candidate choices before you mark your ballot. (You can’t cross out on a ballot.) Put your ballot in the “Witness envelope” and put that envelope in the official envelope. Postage is free for returning ballots.
Joan Growe, Minnesota’s secretary of state from 1975 to 1999, made voter access her mission. She helped push “motor voter” through the state legislature in 1987, so that people could register to vote at the same time they renewed their driver’s license. Motor voter became national in 1995.
Growe’s legacy continues with Steve Simon. In her inspiring and informative memoir, “Turnout” (written with Star Tribune columnist Lori Sturdevant), Growe says, “If one believes voting is a right, it follows that few if any circumstances should disqualify a citizen from eligibility to vote. Screening requirements that deny eligible people access to the polls are unacceptable. Election policies should aim to facilitate voting, not impede it.”