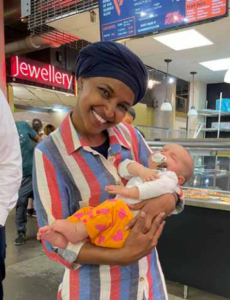 DFL-endorsed candidates beat challengers up and down the ticket.

Jordan Kushner, well-known criminal defense attorney and political commentator, observed: “Omar can continue to take positions that no other elected official at her level would take, but the tight margin will likely ensure another more conservative challenge in two years. Ilhan will hopefully be even stronger in her progressive advocacy to keep her base, but still more careful to avoid statements or votes that make her an easy target for criticism without much benefit.”

Ilhan Omar said, “Tonight’s victory is a testament to how much our district believes in the collective values we are fighting for and how much they’re willing to do to help us overcome defeat. This win is for them and everyone who still believes that regression will not be the legacy of the Fifth.”

In the messy municipal election last year, Omar supported challengers against the incumbent mayor, Jacob Frey:  “I’m asking you not to rank our current mayor. Both of these women are qualified and passionate. One of them would make an excellent leader for Minneapolis, and both of them would be a better fit for the city than the current mayor.”  Frey returned the favor by organizing a coalition of all 5th District mayors in opposition to Omar.

DFL-endorsed Mary Moriarty, a former public defender, won twice as many votes as her nearest candidate, Martha Holton Dimick.  Jordan Kushner: “This could be an epic contest and debate, but also could get ugly. A career public defender and strong reform advocate versus former prosecutor and demonstrably prosecution-biased judge.  The establishment and conservative force can be expected to immediately consolidate behind Dimick. No matter what, it should be interesting.”

DFL-endorsed Zaynab Mohamed beat Todd Scott two-to-one in their race in Senate District 63.  She’s on track to become the youngest member of the state Senate (at 25) and the first Black female.

DFL-endorsed Omar Fateh beat Shaun Laden 60.7% to 39.3% for the state Senate seat in 62.  Fateh faced down a Minnesota state Senate ethics investigation into campaign practices in the 2020 election.  Laden joined the race late.  Many insiders believe he entered the race to hold down the seat for progressives; he was a labor organizer for teachers’ aides and won contracts for them guaranteeing raises of 40% over the next six years.