“Someday there will be water wars” – that “someday” is here 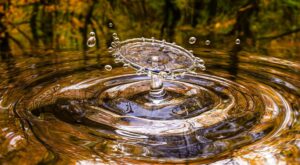 Monterrey is an industrial city in the north of Mexico with, obviously, a large industrial working class and also one of the largest concentrations of wealthy people in Latin America. This summer, water shortages there have reached the point at which, while the wealthy suburb of San Pedro García Garza bogarts water, most of the 5.3 million people in the area (comprised of 13 municipalities) get running water once a week or less and pay inflated prices (500 percent more than at the beginning of the year) for a garrafón – a 20-liter jug of purified water. And they use it not only to drink, purify fruits and vegetables, or wash dishes, but for bathing in this extremely hot city. It’s four hours from Laredo, Texas, by bus.
The principal users of “concessioned” water in the Monterrey area are the metals and beverage industries, followed by real estate developers and just plain (rich) folks. Cuauhtémoc Brewery (Tecate, Indio, Bohemia, and now Heineken), founded in Monterrey, is the second largest industrial user of water in the region, after the steel industry. Coca Cola is number five.
President Andrés Manuel López Obrador publicly asked these companies to reduce their consumption in July but didn’t move to impose legal limits, as health authorities did in the first months of the pandemic, when breweries were forced to shut down and beer became scarce all over the country. The president has also decreed the reorientation of some aqueducts and reservoirs and the construction of others. This appears to be a doomed strategy of redistributing the insufficient existing water resources. On two occasions in the first half of August, government officials and media hailed the moderate-to-heavy rainfalls that had finally occurred; in some cases this led to only single-digit increases in percentage of capacity for almost completely depleted reserves. And it’s still legal to export bottled water to countries like the U.S., where tap water in most places is potable and there is no need for bottled water.
Monterrey is not the only place: Only five of 32 states are not suffering from water shortages. These states are all in the south, on the Gulf Coast. Baja California, also home to a lot of breweries, may be the next state to be hard-hit.
In small cities and rural areas where real violence has occurred over water disputes – and this includes in some of the states that are not among the arid and semi-arid majority – the culprit is a series of federal laws that impose unfunded mandates. (Remember those?) The federal government passes water responsibility on to the states, which pass it on to municipalities, which delegate it to potable water committees and drainage committees at the level of neighborhoods or pueblos. Many people are snowed into thinking that this is grassroots democracy, but really it’s a disaster, as committees in small communities are expected to provide water and storm sewage and real sewage services when they have no economic means to do so. The result often is a battle between communities for drinking water or water for irrigation. (The latter is usually highly contaminated.) And, with no money to build a treatment plant or a series of humedales (wetlands constructed to filter water), about half of the sewage water is dumped raw into the nearest waterway. That is a government statistic. In fact, I know of almost no waste water anywhere in the country that is treated at all. It’s common for one pueblo to discharge its water just upstream from the next one.
In Mexico City, where it rains heavily three months a year and very little the rest of the year, almost no rain water is captured. Paving everything is key; where in other countries you may find a yard or a garden, in Mexico there is a place to park cars, a “patio,” or the house or apartment building itself occupies all the space on the lot. But the real problem of excessive paving, deforestation, and water shortages in Mexico City comes not from irresponsible individual homeowners but from real estate sharks, as this article in Causa Natura documents: https://causanatura.org/visualizacion-de-datos/agua-para-el-concreto-crecen-megaproyectos-comerciales-ante-la-escasez-en-la-ciudad-de-mexico. Large parts of the city have no running water, others have water that flows on certain days during limited hours. People with the means to do so build cisterns to accumulate water or buy it from water trucks called pipas. In some places, local governments provide pipas, and the drivers are often accused of charging for this free public service.
In the metropolitan area of which Mexico City is the center, Zona Metropolitana del Valle de México, there are 3.8 million people with no domestic access to running water. This is about 18% of the population. Millions of others have water for a few hours a day or a few hours a week. This, as mentioned above, is now the case in Monterrey, but has been a lifelong drama for residents of the center of the country.
What is being done? A limited amount of rainwater harvesting. (In the north of Mexico, this would capture almost nothing.) In Mexico City, there are some government programs to subsidize the installation of gutters and barrels.
What is not being done? Sewage treatment. Holding ponds.