Where should I send my money? 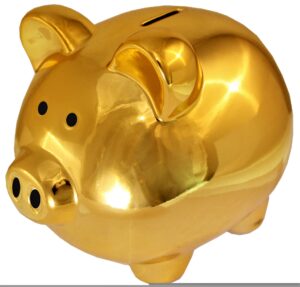 If you’re concerned about Republicans taking the House in November, there are a couple of races where your contribution could make a difference.
Angie Craig seems pretty safe. The 538 polls on Oct. 10 say she’s ahead by almost six points. Everyone is assuming the Supreme Court’s Dobbs decision will motivate women voters, so oddsmakers are saying Craig has a likely chance of winning.
The race is much tighter in Des Moines, Iowa, where Cindy Axne is trailing her Republican opponent by six-tenths of a percent, 49.7% to 50.3%.
Or you could consider supporting with a check Susan Wild in Pennsylvania’s 7th District. Last week she trailed her opponent by four-tenths of a percent. This week she’s two-tenths of a percent ahead. Not enough of a margin to take anything for granted.
In Virginia, Elaine Luria trails her Republican opponent by two-tenths of a percent.
If you have confidence that the Democrats will carry the House, and you’re concerned about the Democratic majority in the Senate—needing two more votes to override Manchin and Sinema to get rid of the filibuster and pass a voting rights bill—then, closer to home, you would like to see Mandela Barnes defeat Ron Johnson in Wisconsin. He’s behind, right now, by 2.6%. Turnout could make the difference and your late donation could help turnout.
The Pennsylvania race is tightening. Shapiro is leading the dime-store Napoleon, Mastriano, by almost 10 points in the race for governor, and Fetterman is ahead of snake-oil salesman Dr. Oz by 2.5% as of Oct. 10.
I think it was a mistake for leftists in Pennsylvania to support Mastriano because he would be the weaker candidate. What it did was give Mastriano the legitimacy and contacts to organize a Trumpian semi-fascist statewide organization in Pennsylvania. It’s the same mistake leftists in Germany made in 1933 when, instead of uniting against Hitler, they supported Hitler by fighting with each other. Leftist Democrats should not have crossed over to vote for Mastriano in the primary thinking he would be the weaker candidate because, in doing so, they antagonized Republicans who are outraged by Trump. Those Republicans are our valued allies in the struggle against the racist and misogynistic Trump cult that wants to destroy our democracy. We should not go out of our way to antagonize them. We should encourage their organizing efforts among their communities.
According to 538, on Oct. 12, Democrat Tim Ryan in Ohio just pulled .2% ahead of J. D. Vance. Undoubtedly, a result of the debate in which Ryan quoted Trump (when he was introducing Vance) saying, “He wants to kiss my ass.” Tim Ryan said J. D. Vance is an “ass kisser” when Ohio needs an “ass kicker.” This could be significant.
Perhaps the closest race is in Nevada, between Catherine Cortez Masto, the Democratic incumbent, and Adam Laxalt, the grandson of former Nevada Senator Paul Laxalt. The race is a virtual tossup. Masto has a one-tenth of one percent lead. She has the support of culinary and casino workers. Laxalt has big money supporters believing this is one Senate seat they can flip. Masto could use some help.
Money is the mother’s milk of politics. Your support could make the difference in the kind of world we’ll live in for the next two years.