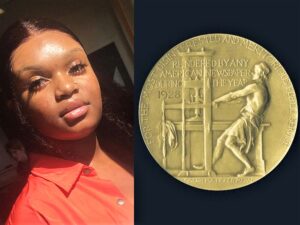 Darnella Frazier, the Roosevelt High alumna who won a Special Pulitzer for her video of the murder of George Floyd

This year we’re looking back into the history of the Standish neighborhood and this small business hub. Perhaps we should just go ahead and say the Standish-Ericsson neighborhood. At some point we should officially change the name to “Standish and Ericsson,” in the tradition of such country names as Bosnia and Herzegovina, or Saint Vincent and the Grenadines. 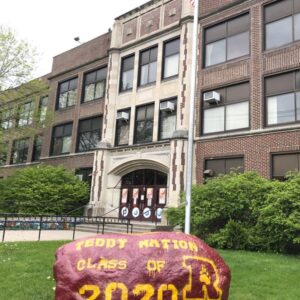 At the turn of the 20th century, as Minneapolis experienced a burst of new jobs and population growth, the area now comprising Standish and Ericsson was undeveloped and considered far from the city. As such it was primed for new development and much of that occurred in the years from roughly 1915 to 1929. With the area already containing a creek and a waterfall named Minnehaha as well as a lake renamed Hiawatha (both names being made familiar by Henry Wadsworth Longfellow’s poem “The Song of Hiawatha”), it was natural for developers of tract housing and builders of schools to use the early American names of writers and literary characters. In 1920, Standish Elementary School was built, named after Miles Standish, a real person who was also romanticized in Longfellow’s poem “The Courtship of Miles Standish.”
More or less at the same time, the city administration began to recognize

Longfellow Gardens, a small zoo that existed between 1906 and 1936 just south of the Ericsson neighborhood near Minnehaha Falls

the existence of neighborhoods, and the one around Standish Elementary got its name. Similar trajectories gave us the names of surrounding neighborhoods, schools, and bodies of water: Longfellow; Cooper for James Fenimore Cooper, the author; Howe, for Julia Ward Howe, the poet; Nokomis for another Longfellow character and the Ojibwe word for “grandmother.”
Roosevelt High School, built in 1922 and opened in 1923, and the Ericsson neighborhood, which now shares a neighborhood association with Standish, are two whose names are from a different tradition. Roosevelt High School (more below about that) is named for the 28th president of the U.S., Theodore (Teddy) Roosevelt. Ericsson neighborhood was also named for an elementary school within it, but the school was named, not for Leif Ericson as many suppose, but for a Swedish engineer named John Ericsson, who built the Civil War-era U.S. Navy warship, the Monitor.

How Standish and Ericsson came together

Many Minneapolis neighborhoods have neighborhood associations (NAs) dating back to the late 1960s and ‘70s. NAs are nonprofit, democratically run organizations that consider all residents within their boundaries to be voting members. They are empowered to elect a board of directors and raise and spend money on neighborhood improvement projects. Unsurprisingly, neighborhoods with lower-income residents and other challenges tend to have older NAs, having formed them in the urban renewal and Model Cities days.
In 1991 Minneapolis introduced an ambitious program of coordinated 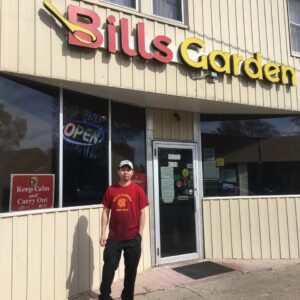 neighborhood enrichment called the Neighborhood Revitalization Plan or NRP. NAs were the mechanisms for receiving NRP grants and gathering resident input on how to prioritize spending. But some neighborhoods, particularly in the more “suburban,” higher-income parts of town, had never bothered to form one. Suddenly there was a multi-million-dollar impetus to do so.
Standish neighborhood, one of the latecomers, opted to join with Ericsson, with which it shared a long, wiggly boundary across 42nd and 43rd Streets. Standish-Ericsson Neighborhood Association (SENA) began organizing in 1991 and formally incorporated in 1992, making this year its 20th anniversary. The NRP program, after nearly a decade of gradually declining funding, sunsetted in 2020, and that, along with the COVID pandemic, caused a huge contraction in SENA. They have had to slash staff and give up their rented office, but the organization still exists and is always hungry for both volunteers and donations.
Like many NAs, SENA spawned a project to form an association of business owners, and thus created the West of the Rail Business Association, WRBA. Its fortunes have declined along with SENA’s, but it too is still hanging on even through periods of semi-dormancy. One clever, low-cost project WRBA did at the start of the COVID lockdown in early 2020 was to print signs for restaurants and other member businesses that read “Keep Calm and Carry Out,” mimicking the popular “Keep Calm and Carry On” theme. 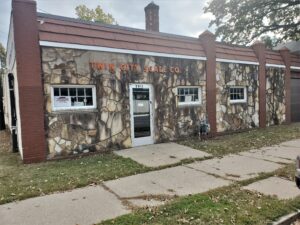 When Roosevelt High School was built, it contained a library inside that was adopted as an extra public library. However, the population was growing so fast that this didn’t last very long, so the library system bought land across the street to build a library for the neighborhood. The pretty Tudor Revival-style building was completed in 1926. Wikipedia has a very thorough history, which I don’t have space for, but here is a summation bringing us up to today:
“[In] 2006 Roosevelt [library] closed amid outcry from patrons and neighbors. During 2007, Minneapolis Public Library drew nearer to the merger with Hennepin County Library, who promised to reopen Roosevelt when and if the merger was approved. [In early] 2008, Roosevelt was reopened … now as part of the Hennepin County Library System. It 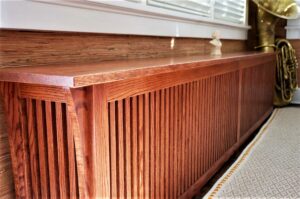 closed for renovation in 2012 [and] reopened on June 1, 2013, with a new meeting room and [many other improvements]. The building was placed on the National Register of Historic Places in 2000.”
Roosevelt High School is central to the identity of Standish-Ericsson. The football and other competing teams are called the Teddies. Roosevelt offers the International Baccalaureate diploma and has an acclaimed arts program.
Among the many famous alumni of Roosevelt High School are actor Barkhad Abdi; former Police Chief Medaria Arradondo; former Minnesota state Sen. Linda Berglin; Darnella Frazier, who recorded the footage of the murder of George Floyd and went on to become a teen activist; former Minnesota Gov. Jesse Ventura; and Southside Pride publisher and former Minneapolis City Council member Ed Felien. 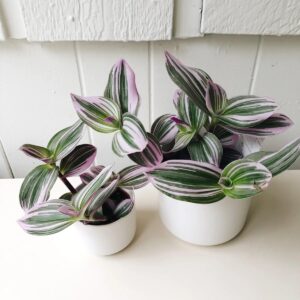 Services are plentiful on 42nd Street, including A2Z Wireless at 2805 E. 42nd St. With all 5-star reviews on Yelp, A2Z Wireless is the place to take your smartphone, tablet or laptop for quick and professionally handled repairs. They can do it all, from replacing cracked screens to data recovery and everything in between. A2Z works on all brands and models of devices, and can also do unlocks, sell you a new device, or save you money with a pre-paid plan.
Twin City Scale at 3011 E. 42nd St. is a longstanding business in the neighborhood, specializing in servicing, sales and rentals of commercial and industrial weighing equipment. Founded over 60 years ago as a family-owned operation, Twin City Scale is now the go-to scale service business in the surrounding five-state area. Their staff has a combined 130
years of experience, and can handle all things scale-related, including sales, repairs, calibration and maintenance. Check out their website and Facebook page for more information and photos of this unique business at twincityscale.com.
At 2800 E. 40th St., Jim Hamilton Woodworking, LLC, is a highly rated 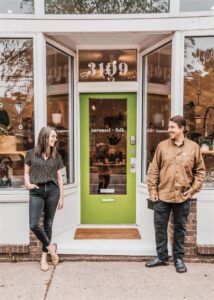 Lindsey and Mike Cason, owners of Carousel + Folk, in front of their shop

custom cabinetry business, having been in this trade for over 25 years. Check out Hamilton’s stunning portfolio or schedule a consultation at www.jimhamiltonwoodworking.com.
Both 42nd Street and 28th Avenue are great places for food and drinks. Check out Northern Coffeeworks on 28th Avenue, owned by the same person as Angry Catfish Bikes and Mend Provisions, both on East 42nd Street. There is also A Baker’s Wife with some amazing cookies and donuts to go with your coffee, or a loaf of fresh bread to take home. Chicago Taste Authority, Bill’s Garden Chinese, Buster’s on 28th, Northern Fires Pizza, and the relative newcomer Burritos “El Patron” (in the Flag Foods building, which is now a small Latino grocery) are all popular in Stan-Eric.