Special teams get out the vote in assisted living facilities 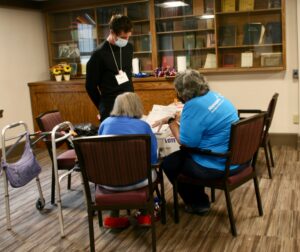 (Full disclosure: Stephanie Fox is a member of one of these teams.)