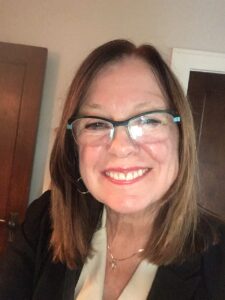 The Lake Street Council (LSC), a nonprofit organization, has been around since the late 1960s. It was formed to support businesses that remained on the Lake Street corridor as the escape from the urban landscape to the suburbs continued. This exodus began in the first half of the 20th century and has come to be known as a period of suburbanization and disinvestment. The goal of the LSC was and is to keep historic Lake Street alive, safe, healthy and vibrant in the face of change.
Lake Street was originally home to Indigenous communities, mainly Dakota and Ojibwa people. Over the decades it became the destination of both citizens and immigrants in pursuit of the American Dream. Early on, they came from the eastern United States and Canada, and later from the Scandinavian countries. It has been home to small businesses for decades, such as American Rug Laundry, Ingebretsen’s, and Soderberg’s Floral and Gift, as well as nonprofits including Little Brothers – Friends of the Elderly, Metropolitan Consortium of Community Developers, and Urban Ventures, to name a few who remain. Lake Street is also home to cultural organizations such as the Division of Indian Works, which has strengthened urban American Indian people through healing, education and leadership; MIGIZI, an organization that nurtures education, social, economic and cultural development of Indigenous youth; and First Nations Kitchen, a ministry led by Indigenous people for Indigenous people where free produce is distributed weekly and, when possible, hot meals are cooked and served.
Historically, the LSC has offered services related to branding and marketing, waste management, safety, storefront improvements and energy efficiency. They have also advocated for policies, community events, placemaking, transportation and real estate partnerships.
While it could not be anticipated, 2020 would impact the LSC and challenge it in ways never imagined.
The impact of COVID-19 and the civil unrest following the murder of George Floyd by former Minneapolis police officers in 2020 created an immeasurable need on the Lake Street corridor. How do neighborhoods survive without health care services, pharmacies, restaurants, churches, and other community services? The city was faced with unprecedented losses, destruction and upheaval. 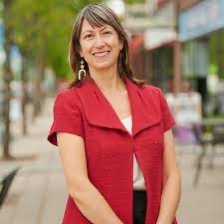 Allison Sharkey, executive director of the Lake Street Council, rose to the occasion by adding staff, including Marie Campos as the organization’s communications and marketing coordinator. With hundreds of properties damaged or destroyed, the need for support and services grew and the LSC needed to grow to be able to respond. Campos was hired to accommodate growth and to work closely with the organization’s vendors, bringing her nonprofit background and experience in small business marketing to the post. Since this landmark year, the organization has grown from just a few employees to 11, including Senior Communications Engagement Manager ZoeAna Martinez; Senior Creative Operations Manager Theresa Swaney; Senior Strategic Initiations Manager Matt Kazinka; Grants and Administrative Manager Ruth Howell; Business Outreach Specialist Oscar Corral; Manager of Recovery Initiatives Russ Adams; Director of Development Alex Tsatsoulis; Business Advisor Yusra Mohamud; and Manager of Placemaking and Activations Charise Canales. The organization has an executive committee of four, plus 11 Directors at Large representing small businesses, banks, real estate businesses and the like.
The LSC is funded through business partnerships, individual and corporate donations, government grants and private foundations. They have approximately 130 business supporters including Gold Partners such as U.S. Bank, Children’s Minnesota, and CenterPoint Energy, among others. In 2020, the LSC received 403 applications for support from small businesses with an average request of $15,000, with 328 applications (81%) receiving funding. Of those who received funding, 82% were BIPOC-owned (Black, Indigenous, and people of color). Over 70,000 people have now donated to benefit small businesses such as Zizi Boutique, Peer Pressure Fitness and MIGIZI. The “We Love Lake Street” recovery fund allowed businesses to weather the 2020 storm. Approximately 300 businesses have now benefited from the $5.5 million raised and donated.
Today the LSC is digging deeper into the needs of small businesses to identify and support a variety of issues, with the continued goal of rebuilding and reopening Lake Street and its neighborhoods.
Areas of needed support include business development, building improvement, social media-building, website development, technical and funding support, signage and murals.
As 2023 begins, the LSC is celebrating new beginnings and is excited about future projects which may include adding lobbyist activity and assisting in the corridor’s introduction of Bus Rapid Transit (BRT), as well as exploring a Lake Street Safety Center project.