CONFESSIONS OF AN UNREPENTANT MAOIST: The murder of Mark Salzer, winter, 1971 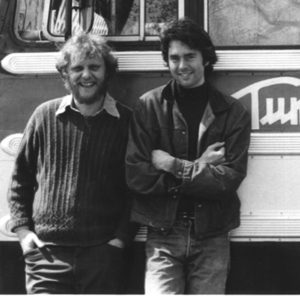 Later that winter we heard about the murder of Mark Salzer by an undercover narcotics officer of the Minneapolis Police Department (MPD).  James Decowski befriended Mark and then busted him. He was in his apartment with his girlfriend. The cop pulled a gun. Mark knocked over a lamp. The cop shot and killed him. Mark had no weapon. He wasn’t a threat to anyone. He was shot and killed for selling a small bag of marijuana.
Dickie Dworkin came to see me and said some people on the West Bank wanted me to help organize some kind of protest. I met with some of them. We decided to have a march from Mark’s apartment down to City Hall and lay flowers at the door of the grand jury room where they were deciding whether to bring criminal charges against Decowski. About 200 of us marched on a cold late winter day.  After laying the flowers at the door, I decided to try to push the action just a little further. I said we should go downstairs to the mayor’s office and talk to Mayor Stenvig, a former cop, about curbing police brutality.
About 50 of sat down in the hallway outside Mayor Stenvig’s office. We wanted him to come out and talk to us. His office said he would see six of us in his office. I didn’t want to go inside. I wanted to stay outside and keep the demonstration together. Dickie and five others went in to see Stenvig. Those of us in the hall were peaceful and orderly, though we did start singing “We Shall Overcome.” When the group came out, some were completely enchanted by Stenvig’s charisma, but Dickie said we ought to stay in the hallway until Stenvig came out. Lt. Ekblad had been handing people a bullhorn to address the crowd. When Dickie said that, Ekblad pulled back Dickie’s thumb and broke it. I stood up and said, “That’s it. We’re out of here.” Dickie and I went to General Hospital and had his thumb set and put in a cast. Two days later Dickie and I returned to City Hall to file a complaint against Lt. Ekblad for use of excessive force. We were directed to the Internal Affairs Unit—two officers in a basement room. We brought in X-rays of the broken thumb and said we’d like to file a complaint. They made a call and in a few moments Lt. Ekblad came in, and the three officers looked at the X-rays, laughed and started talking about their pensions. After about a half an hour of this, I asked when we could file our complaint. They said there would be no complaint. We picked up our X-rays and left.
I thought, “The use of excessive force is an assault and a crime, so we should go see the city attorney.”
We went upstairs to the City Attorney’s Office and asked to talk to a criminal attorney.  After we showed him the X-rays we asked him to bring charges of criminal misconduct against Lt. Ekblad.
The attorney said, “You don’t understand. The police bring us criminals and tell us who to prosecute.”
“But what if they’re the criminals?” I asked.
The attorney said, “That doesn’t happen.”
Having reached a second dead end, we asked the attorney, “Who appoints the city attorney?”
He said, “The City Council.”
We went over to the City Council offices and tried to talk to our representative, but he wasn’t interested in seeing us. Dickie and I decided I should run for City Council. Precinct caucuses were coming up. I would run to get elected a delegate to the ward convention.
The precinct caucus was easy. I just showed up and said I wanted to be a delegate, and that was it. The ward convention to endorse a candidate for City Council was a bit more complicated. I had some support. Judy Healy, a young progressive Catholic and her husband, Mike, supported me. They even threw a fundraiser. My mother, who had been active in South Minneapolis DFL politics for 25 years, decided to take an interest in my campaign. She called Catholic delegates she knew and told them, “Don’t vote for my son. He’s a communist.” When she called Judy Healy, Judy told her, “Well, I’ve already committed to him, but I’ll pray for him as well.”
There were about six candidates. We all made speeches, but after four ballots it was clear that none of us would get the required 60% so the convention adjourned without an endorsement. We all ran in the primary. It was an open primary. The incumbent, Jim Butler, won one of two spots and June Hegstrom won the other. She had not run at the endorsing convention, but she was the wife of the former DFL alderman (they were called aldermen in those days), and she had contacts for money and lawn sign lists.
I was naïve going into that experience, but I learned a lot, and, when June lost to Jim Butler, I made up my mind to win next time.