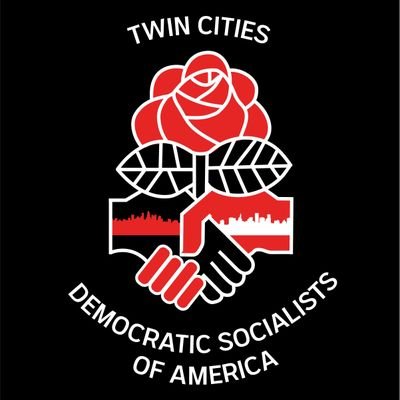 One of the nicer parts of joining a socialist organization is that you’re never without a book to read.
The Twin Cities Democratic Socialists of America lacks an official literary canon to draw from, but over the past month or so a group of us read Jane McAlevey’s “No Shortcuts: Organizing for Power in the New Gilded Age.” The book, an assessment of unionization efforts in the modern labor movement, is quite instructive for a political organization that sees this type of organizing as one of its primary tasks, and is a great guide for how to gain power in the face of extreme political hostility.
After the 2016 election, an aphorism often misattributed to Joe Hill became a balm in leftist circles: “Don’t mourn, organize!” It has a pleasant ring to it, and did reduce the sting some, but there is a very real danger that calls for “organizing” become hand-waving bromides that oversimplify a difficult, painstaking process. What McAlevey does is explain what organizing looks like, and what it doesn’t. Politics-as-usual has largely relied on what she refers to as “mobilization,” the energizing of dedicated, semi-professional activists, but to build a better world, we’re going to need something stronger than committed volunteers and choirs for preaching to. We’re going to need structures of power.
The rise of a dim-witted autocrat like Trump is no source of joy to anybody, but we needn’t look far to see the ways in which a deep, effective organization effort can force even the most reactionary opponents into positions that were once unthinkable. McAlevey uses several “case studies” to examine how organizers have worked to help workers and communities build these structures and what lessons we can draw from them.
A good example is the 2012 strike by the Chicago Teacher’s Union, where a group of disaffected and radical union members were able to turn a moribund bureaucracy into a force that could stand up to one of the country’s most powerful mayors—and win. It wasn’t simply a matter of organizing themselves that led the CTU to victory, however—it was a long engagement with the community, finding organic leaders and bringing them to the union’s side, that ultimately made the strike a success. It’s going to be that kind of work—real organizing—that leads us out of the wilderness.
The lessons don’t map perfectly onto DSA’s mission: Successfully organizing a workplace ends with a union, one that democratically represents its workers, but success for socialism may not be as singular. Our task is to decide what lessons we can draw from “No Shortcuts” as we attempt a broader organization, one that leads us away from the barbarism of today and toward the socialism of a better tomorrow.
We don’t have the same tools as labor unions—the strike is a powerful weapon in labor’s arsenal, and one of the reasons the workplace is such an important site of struggle—but we can look to the recent news in the UK to see the power that organization has. In the wake of a nightmarish disaster of capitalist design, the Tory government was forced to purchase luxury housing to resettle the victims of the Grenfell Tower fire. Solid organization by the Labour Party was able to mount enough social pressure to force a conservative government to abandon its noxious principles in order to help the victims of its own ideology.
No matter the goal, the fulcrum of success is a matter of organizing the entire community and bringing the full power of mass movements to bear. It’s a tantalizing fantasy to imagine that politics is a matter of finding “good” people and electing them to office, but the truth of it is that whatever may creep around the depths of a politician’s heart is far less politically important than the structures of power to which they’re forced to respond. In most modern cases, that means money, but the type of organizing that McAlevey writes about, and that the DSA is working to foment, needs to build those structures organically, from the bottom up. To organize in this way is to build power for socialism today that will last well into the future.
For more information about the Twin Cities DSA and to learn about future events, visit www.twincitiesdsa.org.