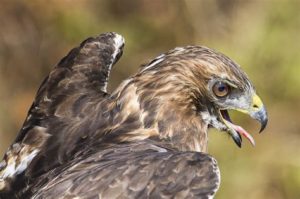 After odd April weather for last month, we are having odd May weather for the end of May with all kinds of record-setting very hot days and odd rains.

Song birds and other small birds still seem quite rare in the park, but they are doing well in many backyards.

The usual water birds—Canada Geese, Mallard Ducks and Wood Ducks—seem to be doing fine, with Mallard Duck ducklings already arriving and Canada Geese goslings appearing, as well. I expect Wood Ducks will soon be adding ducklings. The two Canada Geese that could not fly last year were caught by some person or persons in the fall and were kept alive and well, and returned to the lake this spring. I have no idea who did this, but it was a nice gesture, many would say, and the nasty people who see how much harm they can do to various birds, animals, trees and plants will probably continue to be nasty.

By the way, a fair number of new small trees have been planted recently and the fairly new handmade wooden benches have returned to the park from winter storage.

Back to birds. People sometimes ask about whether the herons or cormorants breed in the park. They don’t so far; usually they breed in colonies in or near our bigger rivers.

How about something that does breed in Powderhorn? A hawk (I don’t yet know what kind) is building a nest in a big tree on the south side of the lake and getting nest-building material from the island. Before too long, I should be able to figure out what kind of hawk it is. Probably one of the fairly normal ones that sometimes nest in the park. Time will tell soon.

Also, near that area there is a new (I think) pair of turtles. I am also trying to find out for sure what kind of turtles they are. I think I will not get them mixed up with the hawks.

The backyard, and most other backyards, seems to be doing well, with a few Chipping Sparrows in the yard this year. In some years, Chipping Sparrows have been somewhat regular in the park but not in the yard and one is a very friendly one that walks up to within inches of my feet when I am standing still, though it does not climb up my leg and try to get food from my hands as one raccoon tried to do some years back. (That was in the backyard!)

Anyway, hopefully weather and everything else will go fine the rest of the year.

Some bird-related correspondence has come to my attention recently. One, from the Seward e-democracy forum, commented on birds’ night songs perhaps caused by their being confused by street and yard lights. The writer, Marya Hart, went on to wonder if the April blizzard may have caused the birds to make up for lost time, spurring them into “mating overdrive” and accounting for more night songs later in the season.

An email from a leader of the Audubon Chapter of Minneapolis announces the upcoming presentation by an international bird mortality expert who, at 6:30 on Wednesday evening, June 13, will speak on legislative solutions for migratory bird glass collisions. Michael Mesure, founder and executive director of the Fatal Light Awareness Program (FLAP) Canada, explains how FLAP worked with Toronto city leaders to adopt bird-safe standards and how Minneapolis can replicate them. Mesure advocates for bird protections at various levels of government, and consults with city planners across North America on developing bird-friendly guidelines. He will discuss green standards as well as current and proposed legislation, and will offer recommendations for retrofitting U.S. Bank Stadium to make it safer for birds. Like Minneapolis, the city of Toronto sits in one of the busiest migratory bird corridors in the world. And in both cities, birds get disoriented by the reflection of sky, clouds and nearby habitat on building glass and try to fly through it, with fatal results. Unlike Minneapolis, however, Toronto took legislative action and implemented Bird Friendly Development Guidelines to ensure that both new and existing buildings were made safer for birds. Mesure’s presentation will be held at the Brookdale Library, 6125 Shingle Creek Parkway, Brooklyn Center. The event is free and open to the public, with a suggested donation of $5, and is sponsored by a coalition of bird conservation groups including Audubon Chapter of Minneapolis, Minnesota Citizens for the Protection of Migratory Birds, and Friends of Roberts Bird Sanctuary.

Lastly, I read the announcement from the National Audubon Society which is suing the Trump administration over the dismantling of the Migratory Bird Treaty Act (MBTA). A century ago, Audubon chapters led the charge to protect America’s migratory birds, efforts that resulted in the MBTA. This landmark conservation law, which shields nearly all U.S. birds from being captured or killed, has been used to motivate industries to adopt bird-safe practices—and to hold them responsible when their activities turn lethal.