A slim glimmer of a conscientious shopper 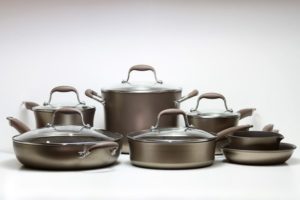 My friend Alex Chandler, who describes herself as a person with a passion for making the world a better place, is part of the ethical consumer movement. She looks for “companies that are committed to Fair Trade and environmentally-friendly practices, treat their employees well, and do not use manufacturers who may use slave labor or sweatshops.” In other words, she tries to do business only with socially conscious entities. The first Ethical Consumer magazine was published in the U.K. in 1989 and now has a website attached to it, which Alex consults on a regular basis.

The holidays are here and we are about to double our consumption. At this generous and open-hearted time of year, it especially makes sense to be mindful of the unseen hands and lives that are involved in the production of what we purchase.

It’s not that easy being an ethical consumer, says Alex. “You usually pay a little bit more and it is a lot more work to figure out what products to buy and where to find them.“ The only way to be sure you aren’t hurting the Earth or anyone on it with your purchases is “to live in a hut made from recycled materials and eat only food you grow yourself.”Since that’s not realistic for her, she does what she can.

For her it started 14 years ago. She had lung and breast cancer, went through three surgeries, and ended up bedridden for three months. During that time she read a lot. She had always heard about things like the Nike scandals without knowing the details, and had an inkling about child labor, slavery rings, sweat shops and human rights abuses surrounding the production of many of the goods we use, but her reading confirmed and amplified her awareness. She was shocked that children in developed countries were slaves, particularly in chocolate, clothing and coffee production. According to one of the most reliable sources she consults, Human Rights Watch “World Report,” in 2017, the number of enslaved children in developed countries (such as Vietnam, India, China, Brazil, Russia, Colombia, Turkey, Indonesia, Mexico and Cambodia) was 168 million. “You assume in today’s day and age that problem isn’t as prevalent as it actually is,” she said.

When she discovered where our chocolate, coffee and clothing were coming from she didn’t just throw up her hands in despair. She proceeded to revamp her life, from her household cleaners to her banking to her clothing to her food and her gifts.

For coffee, she can’t say enough good things about the Peace Coffee Company. For chocolate she relies on Equal Exchange and Green Chocolate Alliance, both sold at co-ops. Both Peace Coffee and Equal Exchange are leaders in Fair Trade practices, they pay their employees a living wage and offer fair benefits, they contribute a portion of their proceeds toward climate change issues and human rights causes and they are rigorously monitored by third party auditors. For food she goes to the co-ops and to Whole Foods. “They [Whole Foods] label everything and let you know if the product is local and sustainably grown.” However, she added, “they are another ‘tricky’ company: There’s a lot of controversy surrounding them and they are now owned by Amazon, but their support of organic companies and small famers might make them an acceptable compromise.”

Chocolate and coffee, which she only buys for work, and clothing are the biggest users of slave labor. For clothes she looks for the labels “Fair Trade” [the Fair Trade Certified™ seal] and “Sustainably Made.” Pact, ABLE and Alternative Apparel are three great examples of brands/websites that are completely ethical. Buffalo Exchange, at 2727 Lyndale Ave. S. in Minneapolis, and Everyday People Clothing Exchange, at 1599 Selby Ave. in St. Paul, are two of her favorite shops in the Twin Cities for secondhand clothes.

“The goal in all of this is not perfection. The goal is to speak,” she says. If many people consistently buy a certain product and don’t buy others, that speaks to the store owners and tells them what to stock. For example, Costco now carries organic Annie’s because whenever they had it, it sold out. Now Costco know it’s something people want. She says now Equal Exchange costs half what it used to because many people started buying it. “You can influence what stores sell—-you just have to be willing to pay more—at the beginning. Popularity will bring the price down.”

Alex says, “If you’re an activist, you write to the company and tell them what you’re buying and why. I write letters all the time.”

As already stated, things aren’t always black and white. Sometimes Alex buys products that she really likes but that are made by companies she doesn’t support. For example, she doesn’t believe Proctor and Gamble is an ethical company, yet she buys Dawn dish soap “because it’s a great product.” Also, P&G is a mixed bag, she feels. They use a percentage of Dawn sales to clean up oil spills; also, the company is involved in wildlife rescue, so she feels somewhat better about buying one of their products.

Alex loves to shop. And she loves surprising her friends and family with special gifts.

Not all ethical consumers are wealthy, so they can’t always afford the products that meet their criteria. However, Alex has found a few places to buy gifts in the Twin Cities that are not exactly cheap, but at least affordable.

*The local co-ops have great food of course—and wonderful gifts.

*I Like You is a pair of shops that feature the work of more than 250 local artists and designers. The Minneapolis location is at 501 1st Ave. NE and the one in St. Paul is at 416 Snelling Ave. S.

*Moss Envy, at 3056 Excelsior Blvd., sells organic mattresses, home goods and gifts that, according to the store’s website, are eco-friendly and “support a healthy home, sustainable lifestyle, and social awareness of people and planet.” Labels indicate one or more of the following categories: recycled, reclaimed, natural, organic, sustainable, vintage, energy saving, water saving, or fair trade.

*The Twin Cities location of Ten Thousand Villages, a nonprofit found all over the country, and representing goods from around the world, is in St. Paul at 520 Selby Ave. Gorgeous jewelry, personal accessories, textiles, home decor, books, coffee and tea, chocolate, cards, gifts and ornaments (during the holiday season) are handmade by producers who are paid fairly for their work.

When Chandler talks about being a strong voice, making a statement, she believes her passion for justice ripples out to the people in her inner circle. She would like to educate everyone who comes within her sphere of influence.

When she needed cookware, she didn’t just wander over to a store somewhere and buy some pots and pans. No, she researched online for a long time before she found the cookware she wanted made by a socially conscious company in Italy called Ballarini. Alex explained that, “They don’t strive to be ecologically sound, but they don’t dump waste into the countryside, unlike nearly all over pan companies. They put a lot of money back into the community, too, and pay their all-locally-hired employees fairly.”

After she made her purchase she posted it on Facebook and Twitter saying why she made the decision she did. Some of her friends followed her example.

There are two phone apps (free for iPhone and Android) she uses to look up brands and companies to see how they are rated: Good Guide and Fair Trade Finder. The websites she recommends to research companies are fairtradecertified.org, greenamerica.org, donegood.co (not com), and ethicalconsumer.org.

If everybody did what Alex Chandler does, would all companies and corporations in the world sit up and take notice and clean up their act? Maybe not, but when people vote with their dollars, things happen. Chandler says, “Nothing speaks louder than the dollar in America.”