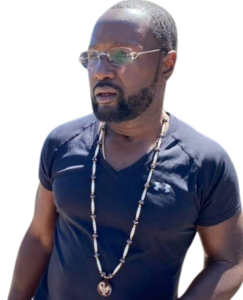 Disco T was a well-known DJ in Minneapolis. He died of brain cancer on Dec. 31, 2021. At his memorial event, on his birthday, Feb. 19, everyone spoke of him as a legend, an icon. He was beloved and admired.
I knew him by his given name of Tredis Adams and I will call him Tredis in this tribute: he said Adams was probably handed down from some slave-owner and he was thinking of changing it.
I didn’t know he was a celebrity when I met him at George Floyd Square in April of 2021. I was walking around with friends, and one of them introduced us. This magnetic, young-looking man, fit and quick with words, said so many intriguing things that I asked him for a further interview in order to write about his life.
In conversations over the next three months he talked about health and his battle with cancer, about fighting racism with financial acuity, his hopes and dreams for the Black community, his life story and his family.
What struck me the most was his intentionality and his “take the bull by the horns” outlook. He was fighting cancer and racism with the same deliberation, determined that neither should destroy him. He said cancer was a disease of deficiency and toxicity. The same could be said of racism.
Tredis was born in 1967 in Chicago to a 14-year-old mother who at the time couldn’t take care of him but in recent years became a good friend. As a 1-year-old, Tredis went to live with his half-brother’s dad’s parents. Grandma worked the graveyard shift and Grandpa worked at the Chevrolet dealership. Tredis said, “They made many sacrifices for me,” and he always remembered his grandmother’s advice “to do right.”
As a teenager, Tredis came to Minneapolis where his dad was working at the U of M in medical records, and got his first job through a project run by a neighbor. From then on, he worked and hustled – in retail and marketing, plus as a DJ. He bought himself an apartment at age 16. On his 18th birthday he bought a duplex. Many buildings and businesses followed.
His formula for success was to “work 100 hours a week, have no bad habits and be honest – a person can be successful through planning, saving, creativity and resourcefulness.” He loved to work. He said, in a nutshell, “I’d rather do what’s hard and have an easy life than do what’s easy and have a hard life.” 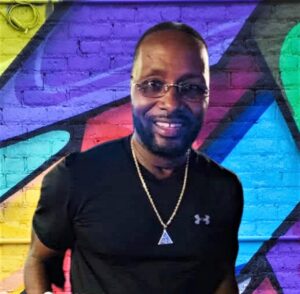 Tredis studied everything he could about law and medicine. He felt if he ever needed legal or medical help, no one would help him, so he needed to help himself. He became a vegan/sometimes vegetarian early on and became interested in alternative medicine. Fifteen years ago he traveled to Honduras to the Usha Healing Village where he learned the essential concept that, “We [humans] are capable of healing ourselves.”
When Tredis was diagnosed with stage 4 cancer of the head, neck and lungs at the end of 2019, and given four to six weeks to live, he again visited the Usha Healing Village in Honduras and then went to an alternative healing center in Mexico begun by the famous healer Max Gerson. For Tredis, it was his first choice; for everyone else there, it was the last resort.
Tredis described the group of patients he came to know. “They were real good people, all fighting for their lives … Sick people together just wanna heal … [they] speak a different language. They will only be themselves around people who are in the same boat.”
Tredis came back to Minneapolis and built special equipment – oxygen chambers, a sauna, a PEMF mat, a Joovv (red light) and hyperbaric chambers – and assembled a gigantic quantity of heavy supplements to keep the cancer at bay. Keeping after the tumors was a 12- to 13-hour “work day” every day.
Tredis appeared to be an example of the American ideal of individualistic autonomy and independence. But his strength in taking care of himself and his belief in himself stretched to taking care of others, believing in others, extending himself to others. And, Tredis was not interested in acquiring and hoarding money American-style; he was interested in using money – he was interested in its creative power – what it could do for himself and for others.
“I don’t care about money. There are things that money can’t buy,” he said. “Whatever I have, I share. If I have $20, I’ll give you $10. When I owned a store and people couldn’t pay, I would say they could pay later. Ninety-nine out of 100 paid. I never put money before people.”
Tabota Seyon, at the InfusedLife Plant Based Emporium, said Tredis did so much for so many people. 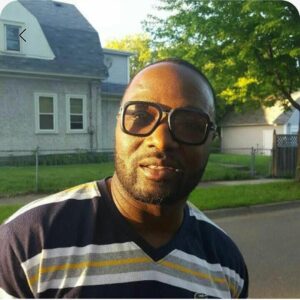 Tredis’ strong contributions to others came back to him with many donations to his GoFundMe, a card with $1,000 in it, many hugs and $20 bills, the 147 people who showed up at the hospital to visit when he had a trach tube and a feeding tube put in, and the friend who canceled a trip to China to go with Tredis to Mexico for his first treatments. Another friend, Angela Jones, on Facebook described Tredis as “the kind of guy who would give you his last …”
“I was shown in life you’re able to build a universal family of people,” Tredis concluded.
This was evident at the memorial event at the Capri Theater in North Minneapolis. I met two of his 11 children, of whom Tredis had spoken so proudly. There was a pall over the entire space. Nobody could believe that a person with such a strong life force could be gone.