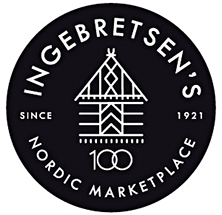 MINNEAPOLIS – The U.S. Small Business Administration has named Ingebretsen’s Nordic Marketplace the 2022 SBA Minnesota Family-Owned Small Business of the Year. In recognition of National Small Business Week, SBA’s Minnesota District will recognize its 2022 state winners at local events in the weeks ahead.

“The Family-Owned Small Business award honors businesses that not only make up the backbone of our communities but build legacies that last for generations and speak to the American Dream,” said SBA’s Minnesota District Director Brian McDonald. “Ingebretsen’s Nordic Marketplace has been a community staple for over 100 years because of the family that has run it. As their business changes and thrives, they support the community that helps make that happen.”

Ingebretsen’s, located in the Powderhom Powderhorn Park neighborhood of South Minneapolis, is a retail marketplace with a variety of Scandinavian products, including a butcher shop and other food products, a gift shop, and more. It also offers classes on crafting, cooking, and baking.  Ingebretsen’s is the quintessential family-owned small business. Started 100 years ago by Swedish Norwegian immigrants, ownership has passed through three generations, with the fourth generation is in process of taking the helm.

Raised in Minneapolis, current co-owner Julie Ingebretsen studied education before joining her family’s business. Opening a small gift shop in the family butcher shop in 1974 became an opportunity to further apply her desire to teach. Ingebretsen’s quickly became a hub for cultural education- focusing on traditional craft, cooking, history and more. Over the past 48 years, Julie, her family, and her talented staff have has built a broad community of Nordic-focused makers and educators that surround and elevate her grandfather’s original meat market and deli, which has operated in the same location since 1921.

Ingebretsen’s now spans four storefronts in the heart of the section of Lake Street that was rocked by civil unrest in the weeks following the death of George Floyd. It sustained over $250,000 worth of damage in broken windows and vandalism during that time.

It has grown and prospered over these years despite economic cycles by adjusting its product mix and services it provides its customers. The neighborhood continues to be a welcoming place for immigrants looking to start businesses.  What once was a destination for Norwegians and Swedes is now a destination for Somali and Hispanic business owners.  Julie Ingbretsen has been a active member of the community, welcoming new businesses, mentoring the owners and helping them to succeed.

Julie’s community building efforts extend beyond the shop doors, as a long standing and dedicated advocate for the success and stability of immigrant owned and run businesses.  She has been a longtime member of MetroIBA, an alliance focused on building the region’s economy through shopping at local independent businesses, which nominated her for this award. She is also an active member of the Lake Street Council, which distributed millions in grants to needy businesses for repairs, as well as thousands of hours of advisory and volunteer assistance.